Have you ever thought about if you are a “tomboy” or a “girly girl”? Maybe you are confused, asking what these terms mean? A “girly girl” is commonly referred to as the stereotype of a girl who might wear a lot of dresses and makeup or sit with her legs crossed, who doesn’t swear or doesn’t speak up for herself or others. The “girly-girl” might always have hair and nails done or love wearing sparkly stuff. “Tomboys” are a stereotyped term for girls who “act like boys” in the sense that they don’t always look like they woke up and got hit in the face with sparkles and unicorns. “Tomboys” are pictured to be girls who don’t dress to impress, who play video games or sometimes swear, who are more comfortable being themselves.

In spite of these “girly-girl” and “tomboy” stereotypes, I happen to have qualities of both. By this, I mean that I am polite, but I will swear if you test me. I like dresses, but I prefer wearing a hoodie and sweatpants. I like nail polish, but I don’t like wearing makeup. “Girly-girl” and “tomboy” are how society describes girls as if there are only two options in life. I think that we should change the definition of acting like a “girl” or acting like a “boy.” People should be allowed to do whatever they want, and society should accept it all. The only people who decide our gender identities are ourselves. When you look into society, however, you can plainly see that girls are often put into two categories: “girly girls” and “tomboys”.

Oftentimes, society acts like it’s not okay for girls to be “tomboys”. They make it seem like it’s a bad thing to be yourself and not “act like a girl.” Society acts like if you’re a “tomboy”, you’re not a girl at all. This is unfair because it means that girls aren’t allowed to express themselves. According to Guidelines for Psychological Practice with Girls and Women published in the American Psychological Association, “salient mental health statistics reveal that women are two times more likely than men to be depressed, and girls are seven times more likely than boys to be depressed (Lewinsohn, Rhode, Seeley, & Baldwin, 2001).”  According to an article published by Mirror Mirror, “we would think that the perfect woman was about 5’10” and weighed only 120 pounds. However, the National Center for Health Statistics reports that the average American woman is only about 5’4” and weighs about 169 pounds. There is a big discrepancy there. The ideal image of women also tells us that women should be blonde, tan, and have big breasts. Of course, she should be young and somewhat athletic. She should not have any physical disabilities. It doesn’t matter too much if she is smart, as long as she is physically attractive.”

Some people say that “girly girls” are better than “tomboys” because they represent females better. They create a false narrative that “girly-girls” are more polite and more traditional and fit better into the role of “being a girl.” They look better and present themselves better than “tomboys”. Some suggest making yourself out to be a “girly girl” is how you attract good people instead of bad people or expressing yourself as a “girly girl” makes you feel better and helps you accomplish more. This is wrong. After all, you should not be put in a box because you are acting the way others want you to. Girls shouldn’t always have to fit into society’s polite, pretty, and thin body shape to feel accepted and successful. If you see someone feeling down about themselves, you can help them by telling them how pretty they are and how successful they can be if they ignore what their haters in society say they should be doing. If we can do that, more girls will participate in sports, feel brave to do stuff they couldn’t do before, and we’ll see more good vibes in our lives.  People should not judge just because someone acts differently. “Tomboys” and “girly girls” are just stereotypical labels for females. Beyond these labels, people should support each other no matter what because whatever you wear or however you act, you are uniquely you and nobody can put that into a box. 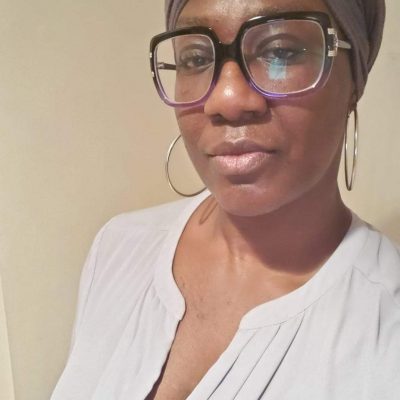 Deep dive into an IT person who became a teacher

I want to build a house for my mom