Life, liberty, and the pursuit of selfish excess 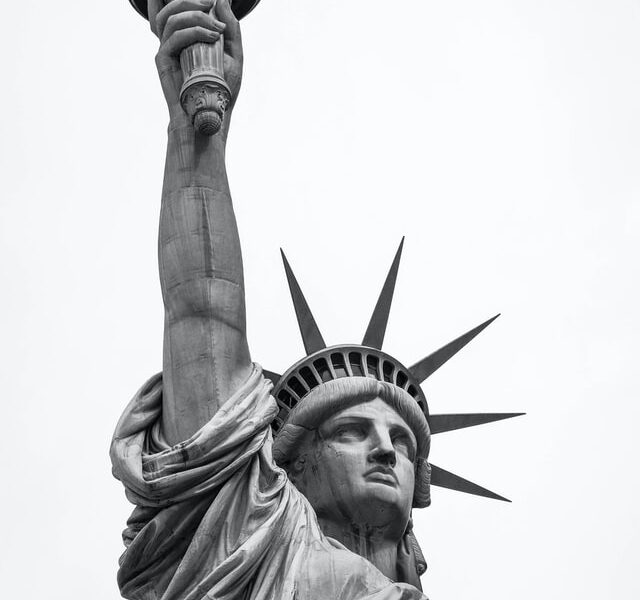 Ever since declaring independence in 1776, Americans have prided themselves on being a free country. Throughout history, we have valued personal freedom above all things, even our responsibility to society. From Clint Eastwood in his cowboy movies to Martin Luther King Jr. marching in the streets of Alabama, America’s image to the world is that of rugged individualism. Americans have been portrayed as people who value freedom above all else and are not bound by traditional shackles of responsibility and conformity. In reality, though, there are several insidious factors that limit the ability of Americans to exercise their personal freedom. Although unseen, these factors are pervasive and are no less real than the constrictive societies that restricted the rights of people in ancient times. America is often perceived as a pinnacle of freedom, but many implicit societal factors keep this from being true.

Even though we pride ourselves on the personal freedom that is afforded to us as Americans, to some extent this idea of personal freedom is a fallacy because it is not universally accessible. Many factors determine the level of freedom an American has, including race and socioeconomic status. A poorer American might not have the same freedom and privileges that upper-class Americans enjoy, while a black American might not have the same freedom as a white American.

Wealth is one of the factors that determine the balance between personal freedom and responsibility in the lives of Americans. The gap between the rich and the poor has never been as wide as it is in modern-day America. This gap exists not only in terms of someone’s actual worth but also in terms of the disparity in autonomy and the ability to exercise personal freedom. While wealth has always come with privilege, in ancient times there was never the complete lack of responsibility for the wealthy that there is now. The wealthy often live by a different set of laws and are rarely held responsible for their actions.

As stated in Robert Reich April’s “The Myth of Meritocracy,” “the rich can buy their way out of prison. (Exhibit A: money manager Jeffrey Epstein, who sexually abused dozens of underage girls, yet served just thirteen months in a private wing of a Palm Beach County jail).” Wealthy people can often get away with the most heinous of crimes. On the other hand, poor people serve years in prison for nonviolent crimes such as drug possession or even just waiting for trials because they cannot afford bail. In addition, while providing little room for the exercise of personal autonomy, the poverty trap in America creates an overwhelming burden of responsibility for those who are ensnared in it.

Poor parents often place their lives and livelihoods on the line to give their children opportunities that rich people do not even have to think twice about. But this entrapment does not happen only to adults. It is a self-perpetuating cycle that stretches across generations. A child living in an impoverished neighborhood with parents who do not have a college degree and work multiple jobs will not have the same freedom to pursue their dreams as someone who is raised in a well-off and well-educated household.

Wealth, however, is not the only factor that creates inequality in the ability to exercise our personal freedom. Race is another disparity in our society, as is religion and geographic location. Additionally, there is enormous pressure to conform, to not protest, and if protesting, to do so within the confines of what is deemed socially appropriate. There is little tolerance for diversity even in physical choice let alone diversity of thought. Our accents, names and dress place us within an unspoken caste system that determines our pathway forward in life. All of these factors influence who in our society has true freedom.

Worship of personal freedom while ignoring responsibility impacts society negatively in many ways. As Americans, we love to say “every man for himself.” However, a functioning society requires an “all for one and one for all” ideology. The level of perversion in the personal freedom argument is best illustrated by the current debate on gun control. While children are massacred in schools and an entire generation of young people grows up practicing lockdown drills, the personal freedom vigilantes argue for their right to own destructive weapons of war. They do this all the while turning a blind eye to the fact that they, and everyone who opposes gun control, are partially responsible for this violence. Our freedom is built on the backs of others having to fear for their lives.

As Oliver Wendell Holmes said, “Your freedom ends where my nose begins.” In today’s interconnected society, our metaphorical “nose” is very much affected by the actions of the people around us. Therefore, now more than ever, personal freedom must be tempered by a strong understanding of one’s responsibility to help our society. This is true for everyone, but especially for those with privilege. We must realize that in exercising personal freedom we infringe on the rights of other people. For this reason, it is necessary for any person with a sense of justice to be cognizant and judicious in the exercise of their personal liberties, and to exercise their freedom responsibly and without causing harm to their fellow citizens.