Growing up, I was naive. I lived in my world. I still do, I’m a Pisces, after all. In the sixth grade, I remember sitting by the window. It felt as if I was the main character of my show. Even though I was 11 years old I still pretended that I had superpowers. I thought that I could talk to animals. I even pretended to be an Airbender at some point (I still pretend sometimes).

It was the day before a big exam to see what school I would get accepted to for the seventh grade. I was nervous of course. Who wouldn’t be? What made it even worse was that I was a perfectionist growing up.

I remember seeing a bee fly through the window. I smiled at the sight. I’ve always loved bees. My friend behind me backed away as he was allergic to the small creature. I was ignorant. I had clearly not been stung by a bee before. “Hello,” I said to the bee forgetting about the lesson that was being taught.

For some strange reason, I thought the bee was my friend. My friend was now laughing and out of his seat. I looked at him in a confused manner as the bee flew over to my right hand. It settles there for a bit until I felt an intense pain in my hand. I ignored it for a second seeing the bee had left me. I got back to my lesson until I felt my hand go numb. I could no longer write. That day I learned the hard lesson that I too was allergic to bees.

It’s summertime which means summer reading. Not to be mean but sometimes I think about the teacher’s taste in books. I normally don’t have a problem reading, but it feels as if someone told me to run a marathon when it’s for school. Maybe it’s because someone intentionally told me to read? Maybe it was because it had to do with school that made me lose the motivation to read?

This summer I have to read a book by Trevor Noah. I love the man. I mean he is hilarious. It’s been about three weeks since I got the book to read. Three weeks! I‘m only on chapter two.

You might be asking “What have you been doing?” Well…there’s a perfectly reasonable explanation for that. I’ve been reading fanfiction. To be exact, 400+ chapters of fanfiction. What? The book is really interesting. I have to commend the author. I mean a book about supernatural creatures falling in love really tends to draw someone in.

So I know that means I have to hurry and read the book, but that won’t stop me from finishing the fanfiction that I started. I’ve come so far, might as well finish it.

It’s me again. You know, I tend to get bored really easily as any person would. My mind always tends to wonder.

It was the start of the Art class. I was supposed to be paying attention but of course, I couldn’t focus. It was online school, so I had my phone around me. I started to scroll TikTok mindlessly.

I only heard mumbles coming from my teacher at this point. I had no idea what she was talking about. It’s not like I was missing the class. I knew that the teacher always recorded her lessons.

As I was scrolling through Tiktok I saw someone cosplaying as a villain from an anime. The character’s name was Chrollo. “Why not,” I said to myself.

I got my mom’s makeup (I don’t wear makeup, that’s too much work for me) and I started to apply it at my desk.

The teacher was still mumbling something. Pablo? Patrick? I knew it started with a “P.”

It didn’t really sound important to me at the time. I got up. I change my clothes to resemble the characters. It was a simple cosplay.

When I sat back down, I felt proud of myself. I felt accomplished.

I was no artist but I think I managed to pull off the markings on Chrollo’s face.

I was so immersed in my accomplishment that I didn’t realize my friend was calling me. I looked at the phone confused. “We are in the same class. I don’t know why she’s calling,” I thought before answering. The class that I was in was not in mind. I totally forgot about it.

“The teacher is calling you!” She screamed at me before I got the chance to say hello.

Panic settled in. I unmuted my mic as my friend hung up the phone.

The teacher proceeded to ask me to turn my camera on and answer the question. I was about to do it until I remembered what I had on and the school I attended.

My school was strict. Even if it was online they still took the dress code seriously.

I was still panicked. I left the meeting without thinking and never returned. I made up a weak excuse that my electricity went away.

I don’t think my teacher bought it though, and I was let off the hook.

I’m back. Let’s talk about my favorite app, Pinterest.

Pinterest has always been my safe place. I wouldn’t say that I’m addicted to the app, but I spend most of my time there. I’ve had Pinterest for several years. It has somewhat evolved with me.

One thing people don’t know is that Pinterest was the first person I came out to…technically. I would save pins related to my sexuality. Some boards would be filled with “wlw/nblw” couples. I even had a board called “For my future girlfriend.”

I’m not out to parts of my family…yet at least.

One day one of my cousins asked me if I had a Pinterest account. I immediately said yes. The conversation about our love for the app went on for a while until she asked me for my account name.

I gave her my account name without thinking about it much. I was so caught up in the joy of sharing my account with someone that I didn’t remember that I was in the closet.

We talked as she went to my account. I still wasn’t thinking about what type of Pins I saved on there. I then saw the following notification come in. I smiled at it…

That’s when I remembered.

I WAS IN THE CLOSET!

I heard her saying something to me as she scrolled through my page. I knew that in no time she would see my pins.

So, I did what any closeted queer would do. I blocked her immediately.

My cousin started complaining about how the page couldn’t load. I pretended as if I had no idea of what she was talking about.

To this day my cousin still wonders what happened that day. 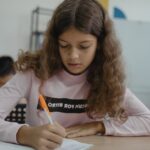 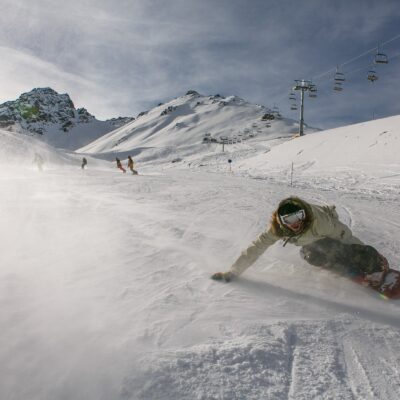