What Makes You Beautiful

It’s June 2012 and One Direction is starting to get big. I just finished third grade and I’m at this end-of-school-year party my school was having. The environment was loud with music playing from the speakers and everyone’s talking. The whole school was in the courtyard for the party. My friends and I are huddled together and we start talking about One Direction, an up-and-coming boy band. I don’t know that much about them besides the fact their song “What Makes You Beautiful” is super popular and even got played a few times at this party. My friends talk about which member is their favorite and while everyone names Zayn or Louis, I say my favorite is Harry who is the only member I know. I don’t like One Direction as much as my friends do so I’m mostly listening to the conversation they’re having with my focus elsewhere.

It’s 2013 and after hearing more and more about One Direction, I started to like them. I started caring more about their music and paying attention to the members. Their third album ‘Midnight Memories’ is set to release in November which is a few weeks away and I’ve never been so excited for something to release. Though I didn’t know the members personally, I felt like I was able to connect with all the members and loved all of their unique personalities. Being a fan of One Direction was everything to me at this point. On November 23rd, the band is doing an 8-hour live stream where they will be doing fun activities, interviews, and promotion for their album. When the day comes, I’m sitting in my room that has a One Direction poster hung up on the wall and I’m glued to my phone as I learn more about the band and watch them through the screen. I feel happy and excited being invested in this newfound interest. Even though I just started to become a fan a month ago, I found that I already felt so connected to the band. Within this month, I already felt like they had a prominent role in my life.

It’s September 12th, 2015 and I’m fully immersed with One Direction and the fandom. Today was the day I got to see One Direction live. Ever since I became a fan, I always wanted to see them in concert. I watched tons of concert videos from fans and saw pictures but the experience of seeing them live made me so much more excited. After waiting a few hours in the stadium with tens of thousands of other fans, all the lights shut off at 9 pm and excitement shot through me. This is the moment. There are screams everywhere and the stadium screens start playing the tour intro video. Adrenaline runs through me knowing that within a minute my favorite band will be right in front of my eyes. The moment the fireworks shoot up and the music starts, I feel like I’m levitating. I knew this day would be one I remember for the rest of my life. It felt like things made sense and this was my happy place.

Walking in the Wind

It’s July 23rd, 2020, One Direction’s 10th anniversary. In the past few years, I stopped being such a big fan and instead became a casual listener. I kept up with what all the members are doing and still care and love them but I’ve also been able to move on and care about other things in my life. Yet, for a day, everything felt special again and I was brought back to 2013 when I first fell in love with the band. This day was exciting, it felt like I was brought back to when I was a kid and One Direction was all I cared about. The day was full of chaos on social media, with news outlets and radio shows talking about the anniversary and anticipation of what the members would say. In a way, it felt like both I and the band members moved on from One Direction. All the members had solo careers and I wasn’t obsessed with them anymore but all the memories were still important. For one last hurrah, we all came together to celebrate this thing that was so special to us.

I realized that One Direction will always be special to me, but with that, I can also allow myself to move on and let go. I can always look back on One Direction and reminisce on all the great times, but I can also love them without having my life revolve around them. The happiness I found seven years ago still stuck with me after all this time. The happiness I felt when I first started being a fan and how I feel now was completely different. In 2013, I felt happiness through learning to love them but now I feel happiness by moving on. To me, One Direction means happiness. Happiness doesn’t exclusively come in one single form and that’s why they’ve been able to keep me happy all these years no matter how much we both change and grow. 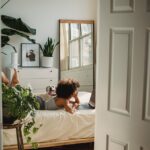 What online friends taught me about maintaining relationships 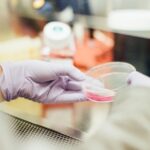