Deep dive into an IT person who became a teacher 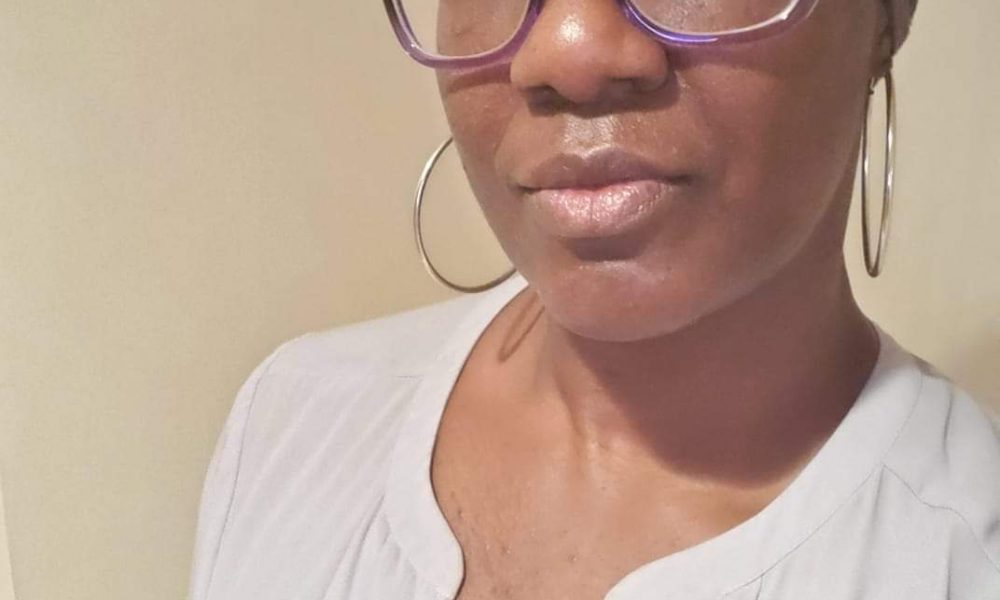 Imagine sitting in your class thinking about who you want to interview and an individual pops up in your head. You recognize this person because they are your mentor but struggle with what you will be interviewing them on. Going into this interview I was frankly nervous because I wanted to get it right since I had never done this before. While walking to her class my heart was racing and I could feel the earth closing in like the ground would open up and swallow me, the pressure becoming a bit overwhelming at this point. As we sat down and I began explaining in detail what the interview was going to be like I felt like a whole professional takeover like I’ve done this a thousand times. My mentor as well, however, didn’t look even a bit nervous. She was calm and even excited for the interview which I’m not gonna lie helped calm me down tremendously.

Nynese Tinsley has been a teacher for six years at Madison Park Technical Vocational High School She is one-half of the ISSN (Information System Service and Networking)teachers who work together. She grew up in North Carolina but moved to Jackson and her mom always encouraged her to follow her dreams and make something of herself. “ So originally my plan was to be a radio frequency engineer. When I graduated, I graduated with an electrical engineering degree. I had a lot of options but the first job was for the Defense Information Agency and I chose Montgomery Alabama because at that time it was closer to my family and I was a single mom. So at that location, they did IT and IT( Information Technology) security so that’s how I got into IT.”

She tells me that she became a teacher to help students reach the potential that she knows they can reach and she is comfortable with teaching because when you’re in IT you have to teach and reteach so they can remember and it feels like second nature taking those skills and applying them to teaching. The natural transition felt like her thing so it wasn’t difficult going from being an IT individual to becoming a teacher. She strives to make sure we get certifications so that when we go into the real world we have something to land us a job. She tells students to do what they know they are good at doing and let nothing/no one distract them from doing so.

The IT/tech industries are mostly male-dominated and it’s not the “norm” for women to be in those industries. However, Tinsely didn’t let that stop her from joining the initiative and achieving the best that she could. She didn’t let the “ norm” of society define her and limit her or let people question her space there. “Well, you know you have people who question “‘how did you get here”’ especially me being a black female, and then some of them when I first started working in the defense information systems agency.

When you are thinking of joining a field or even working somewhere it’s not important to fit in or even have a lot of people who look like you but it is comforting. I believe it is essential to all the younger girls out there who are dreaming or thinking of becoming an IT individual or just joining a field that may feel closed off to you. Tinsley’s message to share is. “ If you like it, do it. But be prepared, you have to be strong within yourself and what you think you are capable of to know what you are capable of doing and know that they will hold you to the same standards as men and they might undermine your intelligence almost all the time.” Not knowing what you are capable of is something that is common especially when you are new to something. I didn’t know anything about the IT industry or computers but after nearly 2 years I now know almost as much as my male classmates knew when they were in 9th grade. I left her class in awe and admiration and all I could think about was imagine if people understood what you could accomplish when applying yourself we’d have more outstanding individuals who are motivated to pursue their dream—like Tinsley.