Hate speech is more than an annoyance online 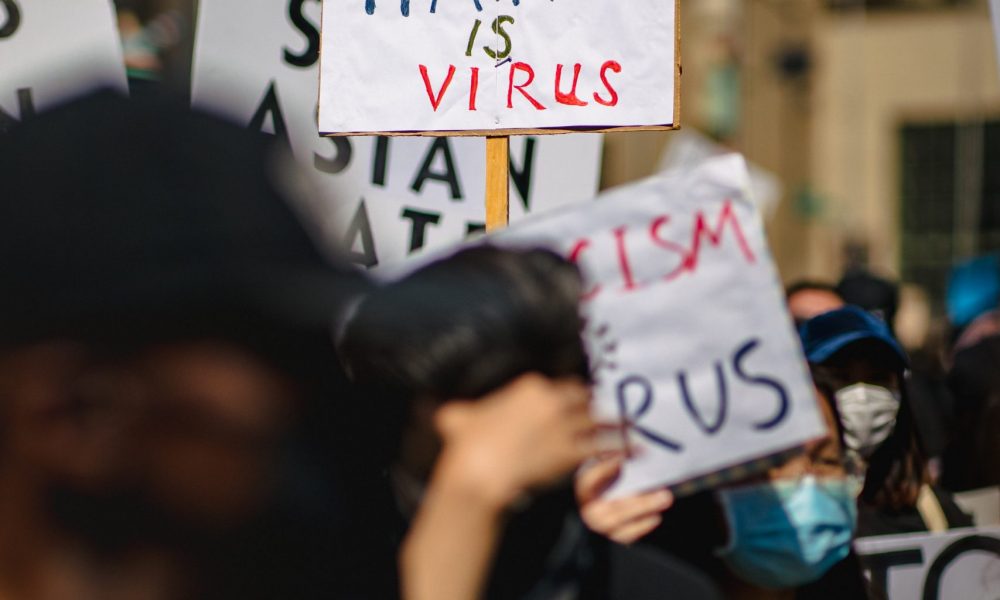 A tick, tick, tick, like a clock winding down the seconds, but your computer has an analog one. It’s the sound of something much more insidious, something that hides in broad blue light.

An alarm goes off in anticipation. Surprise surprise, hate on the Internet is bad!

Or anywhere, in fact. It’s simply more accessible and widespread on the internet. “Hate” in this context is a bit of a “catch-all” term, in which no specifics are directly addressed, but are important to know. Some to name are homophobia, biphobia, transphobia, racism, classism, discrimination, and violence. The internet is a bit of a cesspit for these things to fester, either in small corners or echo chambers, to massive hate mobs capable of disrupting the necessities in our lives. And, although it’s getting a bit cliche at this point, the pandemic has made millions turn online. This also includes hateful people who spread their messages online to have a much further and outward influence. Promptly called “hate speech,” for obvious reasons. I’m sure that most of you already know this, but do you know the extent to which this affects each of these groups? Due to the aforementioned accessibility with the fact that censors and monitoring for stuff like this seem unfeasible with the amount of spam, a large number of people see these types of hateful messages. Sometimes it comes from people who don’t even believe the nonsense they spew out. Instead, they help spread these messages to get people to hate them, since there’s no such thing as bad publicity, with the added fact that it is completely anonymous and free from most consequences. Or they just want to see the world burn. No matter the reason, the hateful messages they put out are still the same as those hateful individuals that do believe in their hurtful words.

Some would say that hateful messages are so widespread that people have become accustomed to them and accept that this is simply a way of life. Still, their effects on people are clear; more suggestible people are still swayed into these more hateful lifestyles. Thus, it is able to spread to more suggestible people. When this type of behavior is left unchecked, it has very real consequences. That is why it is important to try and stop any of these messages from spreading by reporting them. Some thrive on arguments, seeing people mad, and whatnot, so engaging isn’t typically recommended. But what exactly do I mean when I say real consequences? Mobs, violence, hate crimes, and other things are stirred up like a toxic concoction of a self-important purpose. Motivations twisted and monstrous are conceived in simple chat rooms. These online messages are actually linked to cases of violent crimes. An article named Hate Speech on Social Media: Global Comparisons about the connection between online hate speech and hate crimes states “Hate speech online has been linked to a global increase in violence toward minorities, including mass shootings, lynchings, and ethnic cleansing.” Undeniably hate speech increases violence. They point and mobs follow, like pack dogs on a hunt. But this is not isolated or self-contained; those dogs inspire others to follow suit. And so it festers and infects like a parasitic disease that blinds and enrages those caught.

If you don’t think this affects you, that you are just free from any consequences for any reason, then you would be severely mistaken. Hate speech comes from anyone anywhere. In an extreme example that shook a nation, look no further to the former U.S. President Donald Trump. He has attempted to mobilize his followers in an attempt to overrule his leave of office. To do so, he spread rumors of purposely miscounting the vote and that the last resort was to storm the Capitol. As such an influential person, a group of his followers, ranging from ignorant to extremist, did attempt to storm the Capitol, despite all odds. This insurrection of violence caused the death of one officer, one woman storming, and any damages and arrests. This led Trump to be banned on most social media. Not only did it affect his followers and their target, but it also had an impact felt across the nation.

With any tragedy, it is important to know about the victims as much as the perpetrators and convicts, or else they become a statistic. Muslims have been a notable group that is constantly marginalized and discriminated against. They are the target and scapegoat so widely used that this hate becomes normalized. This is evident in an article titled Online Hate Speech is Pervasive. Here’s How to Start Combating it saying “On public forums like Twitter, there’s been an uptick of harassment and threats (see here and here, for example) from racist, sexist, homophobic, and anti-Muslim individuals. And some of their victims have felt they have no choice but to quit the platforms and silence themselves.” Not only is it so widespread that the hashtag #StopIslam was trending on Twitter; it became such a force that any opposition was squashed before it came out, in fear of the public outlash. This allows hate speech to fester without resistance, making it that much easier to spread stigma and normalize hatred. Stopping hate speech isn’t as easy as just “speaking out.” It is a societal threat to human and civil rights, promoting the worst you could ever think of by being malicious, bitter, or delusional. If it is illegal to commit violence, then ideologies that promote that should be prosecuted as such.

But when the automatic and bureaucratic blocking of messages is mentioned, censorship and freedom of speech arise just as quickly. This is for good reason, as hate speech is hard to identify through just AI, and when hate speech is such a broad and vague term, it can be easy to purposely misinterpret it for their own motives of propaganda. The thing is, censorship is not the only solution. What I mean by that is that having better systems to be able to have the user base report these hateful messages and support moral and just messages to better awareness. Using their own medicine against them, spreading positive messages and enforcing awareness against hate speech inspires people to do the same.

Despite not having a perfect system to punish the unjust, we will have to make due in the meantime. Reporting hate speech and promoting morals will decrease the amount of violence in the world, especially against minorities. It is cliche to say that you can make a change, but it is true, no matter how slight. Having the smallest amount of change in the right direction is infinitely better than nothing changing at all and staying outraged at it. It really isn’t too hard to be a nice person, and the more nice people the easier it becomes.