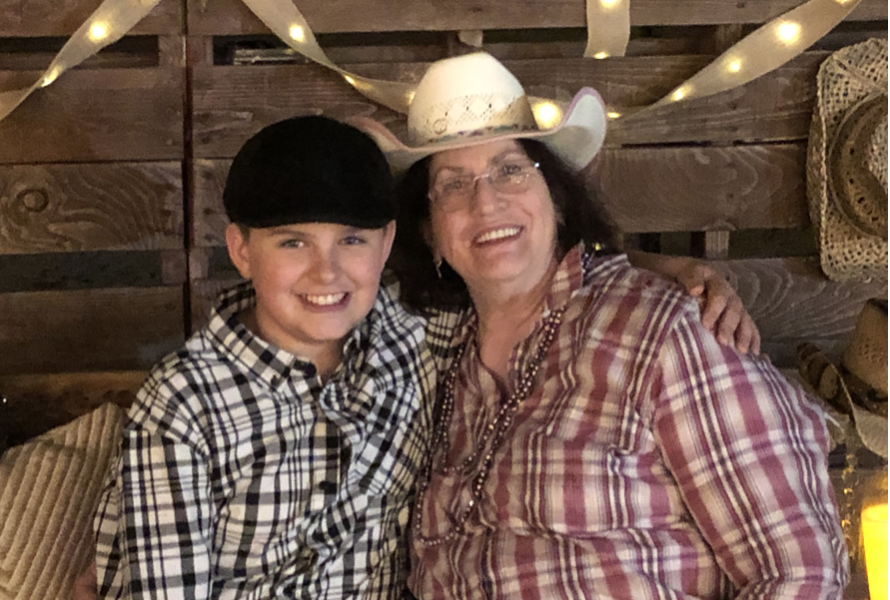 It was last summer that, for the first time, I became truly conscious of what my Nana had become. She had become no monster, of course, if that’s what you’re thinking. She had… changed. She had changed from the Nana I had known seven years prior, when I still lived with my Pop-pop at their residence in Beavercreek, Ohio.

When I was little, she wasn’t in nearly as much pain as she is now. Or maybe I just didn’t notice it. Little kids don’t have the best attention span and can’t always pick up on everything. Regardless of that, when I came to Boston to live with my parents, I would go back to Ohio every summer to see my grandparents. And every summer I came back, the worse her condition became. It started slowly; the first summer I came back, she just had a little less balance, but everything was still great. The second summer, my aunt, uncle, and their three kids moved out, leaving her and my pop-pop alone. But it felt like it was only her who was alone in the house. Due to a terrible office situation, my Pop-pop was stuck in, among other factors including having to support the rest of my family, he was almost always working in his office, especially after Covid, which essentially left her by her lonesome most of the time. That did her no favors.

This cycle of degradation only continued every summer, as she fell more, suffered under mental conditions that weakened her, physically worsened, and became more demanding. The summer before last, I began to feel the tip of the iceberg. I had to catch her from a few falls and had to take extra care of her, but it wasn’t nearly what my Nana and Pop-pop together felt and experienced.

Last summer was probably the worst summer I ever had because of everything that happened. And don’t get me wrong, I don’t blame her. I could never, not in a million years, blame her. She had fallen multiple times, constantly slept because of her medications, was almost always in pain, lost her rationale and temper a lot, and, for the first time, I was legitimately scared to go near someone in my family. And that’s what shocked me the most; not to insult my family, but she was the last one I ever expected to be scared of; I was her special baby, and she was my special Nana. But this only happened once, and my love for her is unwavering. I still love her to the ends of the earth and until the end of time.

So how did it come to this? How did my loving, darling Nana, ever come to such a place where I doubt she would even recognize herself?

I guess it all started when she was attending Coronado High School. Throughout her school life, she had been a top-notch student, with all A’s, a fascination with computers & related technologies(which were new and exciting at the time), and a bright future ahead of her.

That was until she entered a relationship with a man named Jim. While she had been thriving academically and all, her social life was, to say the least, close to non-existent since Elementary School; due to embarrassing teachers and lifelong scarring moments. But to sum up, this is “Jim”, the man who we refer to as “The Slime”. He had manipulated her by being one of the only people to make her feel like a loved person, before forcing marriage upon her before she could graduate High School and then preventing her from pursuing her educational career, and while traumatizing her through domestic abuse. This was the beginning of her lifelong troubles. “When I met Jim, and he would come and hang out with us[…] He made me feel like a real person. He made me feel loved. And that’s how he got me.” Because of this premature marriage, she was not able to get her high school degree, and thus was a subsequent problem in her life. She mostly had to work smaller, easier jobs that did not provide nearly enough for her or her family.

What she was eventually able to do, however, was work at Copley Computer Services, a tech company in Southern California, which was the closest she had ever gotten to her dream job. It was also one of the best times in her life; she met her best friend there, Debbie, adopted a son with her new husband John, who she loved deeply, and eventually met my Pop-pop. However, pregnancy doesn’t exactly bode well for your professional career. She had attempted to get pregnant multiple times with John and only adopted a son because she desperately wanted to be a mother.

During her time at the CCP, she grew closer to my Pop-pop and further away from John, and one of the primary factors of this was John’s religious beliefs or lack thereof. She was a devout Christian; him, not so much. So they both divorced on good terms, and she started seeing my Pop-pop, who had plans of joining the Air Force. Not expecting a pregnancy due to her previous miscarriages, she slept with him, and miraculously became pregnant. While this was her dream come true, it was also the end of her professional career; she was let off from the CCP after marrying my Pop-pop and moved around with him as he received his orders from the Air Force.

Initially, she enjoyed being a stay-at-home mother. She had always wanted to raise children, and after adopting one and giving birth to two, she could finally live that dream. But the pregnancies did harm her health; a code blue operation was needed to save her first child, and her older age put her second child at severe risk of death.

After all this, she developed cancer, which was the final nail in the coffin of her professional career; it was the beginning of the degradation of her health. However, despite the pain she went through, she persevered against all odds. She found ways to work and provide for the family and was still a loving and caring mother for her children, a dear sister for her siblings, and a loving, wonderful wife to her husband. And miraculously, just like her first pregnancy seemed impossible, her cancer was destroyed and she was cured of it. Though afterward, her health continued to deteriorate(and her doctors did very little to help her), she still kept her head up high and always got through the pain.

She raised me for 7 years, and we formed a special bond with each other, unique to our family and probably to others in general. And that’s really what my inspiration is to keep going, to write this article, to continue. She’s gone through more than I could ever imagine, than many people could ever imagine, and persevered through the hardships of life. And while in the end, she wasn’t satisfied with the way her professional career ended, she still ended up with the greatest thing you can hold in your life, that so many are not fortunate enough to have: a loving family. And that’s something that I believe so many people forget they should hold dear or something that so many people take for granted. And I think that’s the greatest thing anybody could ever ask for. Especially when you have your special Nana, and she has her special baby. 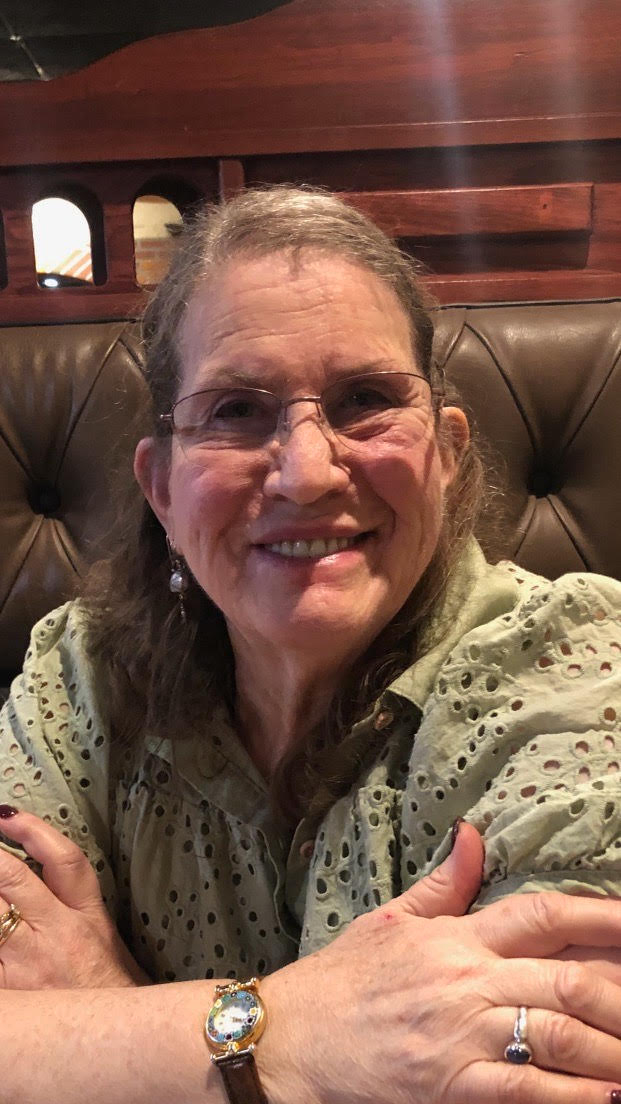 Margaret “Maggie” Roberts (born Margaret Mary Brown), was born in Quincy, Massachusetts, but lived in Hingham and then Coronado during her childhood. She now lives in Beavercreek, Ohio, with her husband, Dave Roberts. She has mothered three children: my uncle Nicholas, my uncle Michael, and my mom Sabrina. When my mother was pregnant with me, she was still 18 and was in her final year of High School, but still had ambitions of going to College. Not wanting to give me up for adoption, yet still wanting to go College, my Nana and Pop-pop offered to raise me until she could take me back in; and that’s exactly what they did. They did an excellent job if I do say so myself. Besides that, she loves to travel, and absolutely loves puzzles & board games, and especially loves card games such as Mahjong. She is also a fan of wildlife, and all things that come in blue or purple, and cherishes her family and friends above all else. 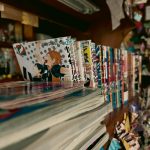 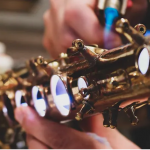