It’s not always what you say

We were sitting in a musty little side office in the lobby of the William H. Ohrenberger. It was about an hour after school ended and Nora had just finished interviewing Judith, my friend who was applying for the same summer program as me.

“Hi.” As I contemplated the pros and cons of emptying my stomach into the metal trash bin sitting in the corner of this suffocating office, Nora spoke in a calm voice about Achieve — the mission of the program, the benefits of joining, and what alumni were up to post-grad.

Then came the first question: “Tell me about yourself.”

I cleared my throat. I had this answer prepared. “Hi. My name is Cindy. I am a sixth-grader at the Ohrenberger. I just moved to Boston from Holbrook. I…”

The script in my head floated off the edge of the abyss, gone forever. The silence was punctuated by the thump, thump, thump of my heart as it threatened to escape from my ribcage.

After a long and awkward pause, the words came back to me. “I have a book blog. I really like reading. And writing reviews. And stuff.” I winced.

She asked me more questions like “Why do you want to join Achieve?” and “What could you contribute to our community?” and I responded monotonously. My mind kept returning to my flubbed response to her first question and how Judith, with her uncanny ability to charm every person she spoke to, probably did a much better job than I did.

When the interview finished, I thanked Nora and offered a slightly limp handshake.

Judith had been waiting outside and shot up in her seat when she saw me exit the office. “I heard Nora laugh,” she said excitedly. “That’s a good sign!”

I thought, faintly, and like a terrible person, that it would truly suck if Judith got into this program and I didn’t.

Eye on the prize, I would learn. But all I cared about at the time was that this girl — my peer, my friend who had waited for me even after her interview was long finished — and how much I hated that she was competing with me for admission.

Tell us about a time you worked in a team.

In ninth grade, I interviewed for a public relations position in Wolfpack Volunteers, my school’s largest student-led volunteer organization. Unfortunately for me, I had just caught a glimpse of an accomplished friend of mine entering the classroom fifteen minutes earlier.

Though my brain wished to linger on the fact that the person ahead of me was very, very qualified for this position and I was not, I shoved the thought down. Instead, as I waited for my turn, I recited my (admittedly short) resume in my head.

A few minutes later, my aforementioned nemesis waltzed from the room with a smile on her face. “Good luck,” she said. “It wasn’t too bad.”

I took a shaky breath, smoothed down my dress shirt, and peeked inside.

The classroom had been transformed. The tables had been arranged to create a long barrier across the room, behind which sat the 10 officers that made up the executive board of Wolfpack Volunteers. There was a singular chair in front of the brigade. I thought, for a second, that I had just stumbled into an interrogation.

From the setup, I should have known they were secretly a firing squad. Left and right questions were thrown at me. Everything from “Who is your favorite US president?” to “Could you tell us about a time you worked in a team?” was asked. By the end of the fifteen minutes, my brain was absolute mush.

“Last question,” the president said, tightening her ponytail with a grimace. “Go down the line and recite our names.” She pointed at the girl at the end of the long table with glasses.

I blanched at her. In my panic at the beginning of the interview, I did not think to memorize their names. But I remembered the “Interview 101” videos I’d binged the night before: the number one rule was to roll with the punches. So I cleared my throat and started making up names for each of the officers.

By the time I got to the end of the line, I had run out of ideas. I stared at the boy. He stared back. “Bob #2,” I said, then turned back at the president with smug satisfaction.

She blinked at me. “Well, that was entirely unexpected,” she started. “You got them all wrong–”

“Except Bob #2,” one of the officers hooted, only to get violently shushed by the girl sitting next to him.

“But,” the president continued, ignoring the peanut gallery, “that shows you think fast on your feet. I like you.”

I thought maybe that my heart might burst with pride. “I’m glad.”

I shook each of their hands and thanked them for their time.

Two years later, I would become the president of this club, the person who would be dealing out the questions to candidates like playing cards. Was I qualified for the job? Perhaps. Was the obedience I commanded from my officers a result of my bravado? Yes, indeed.

What makes you a good candidate for this position?

Somehow after graduating high school, I found myself in situations entirely out of my expertise.

I was sitting outside of Porter Square Books. I should’ve been enjoying the view and the breeze as it kissed my cheeks and tousled my hair. Instead, I was staring into the eyes of two expectant managers who had just asked me a question.

I cleared my throat and resisted the urge to fidget with my bag under the table. “I think I’m a good candidate for this position because not only am I the friend that is constantly shoving books at her peers and begging them to read them, I am also an avid reader and reviewer.” They didn’t say anything further, so I continued. “I am experienced with giving recommendations and since I am also a writer, I think I could tailor my suggestions to our customer base, which, since PSB is going to be moving in with GrubStreet and Mass Poetry, will work to our advantage.”

I saw Katherine scribble something down on her paper and Dina nod thoughtfully.

The interview was over in a matter of minutes, and soon I was shaking Katherine and Dina’s hands, thanking them for their time and for their gift (an Advanced Reader Copy of my favorite writer’s upcoming book).

A week later, I was laying in my bed scrolling on TikTok when a notification popped up alerting me of a new email in my inbox.

I sat up, skimming past the opening words as soon as the message queued.

Cindy, we are so excited to offer you a position…

Why personality tests are a hoax, as explained by an “INTJ” 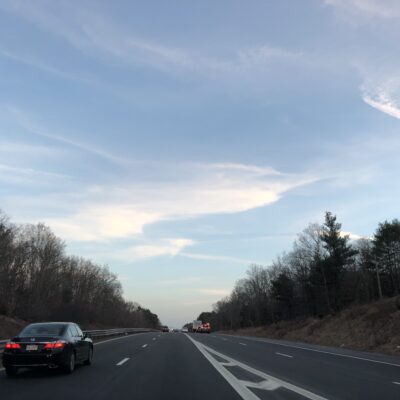