A sit down with an experienced and accomplished journalist 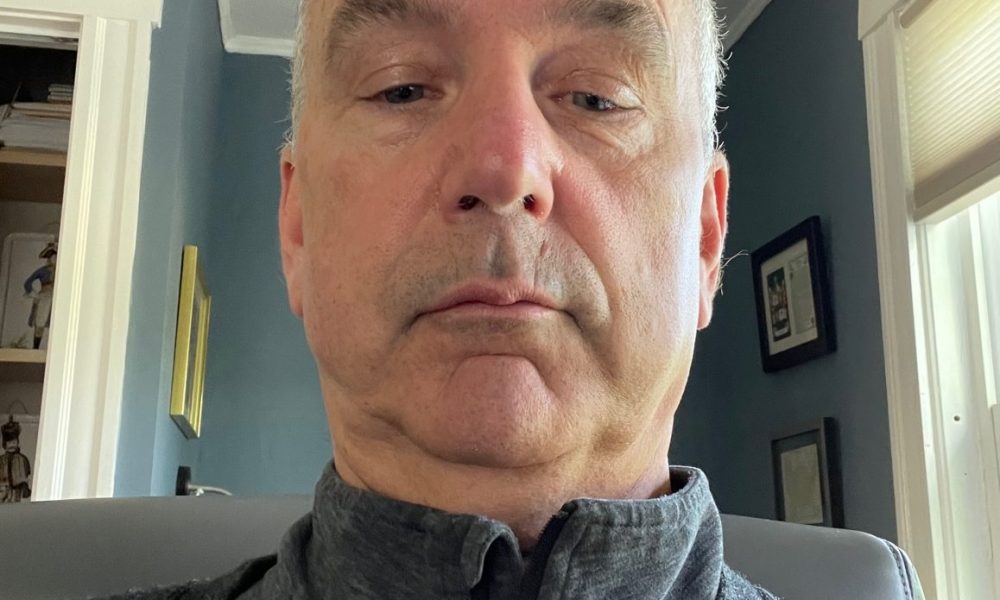 It is April 20, 2022, at 11:11 AM (angel numbers, I know) when I first meet Sean Murphy. My grainy computer screen shows him sitting on his fancy spinny office chair in his cornflower blue workroom. I’m at my kitchen table and all I can hear is the clock beside me ticking every second. Tick-tock, tick-tock, tick-tock, tick-tock. Anyways, you get the point: there I was, about to pee my pants, wishing that I had decided to use the bathroom before this. However, what he says to me next surprises me: “What should I do?” And then our interview starts.

Murphy is a consumer advocacy journalist at the Boston Globe, a daily newspaper founded exactly 150 years ago based in, you guessed it, Boston, amassing over 235,000 paid subscribers and earning 26 Pulitzer prizes. In his almost 35 years working there, he’s been a general assignment reporter, writing about whatever is given to him, a court reporter, writing about trials about law enforcement, and an investigative reporter, where he explored specific topics, a casino and gambling reporter, and an editor. Reflecting on his job, he says, “One of the nice things about journalism is that you can change within, change your assignment, and have some variety.”

Murphy’s father was also a journalist at the Boston Globe. Growing up, Murphy was always reading the newspaper, and as a teenager, he was able to get a job as a journalist at the Boston Globe. Despite his 35 years of experience in the field, he still faces battles within himself, noting that, “writing is difficult…when I’m doing it, when I’m starting, I sometimes honestly wonder ‘can I do this anymore’?” admitting that, “It sounds silly because I’ve written thousands and thousands and thousands of stories.” Yet, “the sense of unease is still linear,” Murphy says, but it also helps “drive one to work as hard as possible to get it down, and it sets a high standard.”

However, these doubts are never enough to stop him from doing what he truly loves. He always has to remind himself why he does what he does. Every day, he wakes up to fight for the people. Especially with consumer advocacy writing, he informs others of important company issues, like scams or the latest updates. In his branch of journalism, Murphy defends consumers against companies who deceived them. He explains that there’s “usually some big entity that feels like they don’t have to be responsive; to their customers, to the public and it’s shameful.”

Journalism itself is built on the premise of learning and spreading the truth, emphasizing that “the best part about being a journalist is that you can help people. You do help people. And you stand for a certain principle of truth and you do it every day.” Especially in his field of journalism, he often gets the chance to talk with victims of company scams, and learn about their stories. Journalism “allowed me to see things firsthand, close up,” he says.

Even with all of the hard work Murphy has poured into his writing, he, and journalism as a whole, still face harsh criticism in the “fake news” era. Fake news is a phrase used to describe an inaccurate article written to deceive the public and vandalize somebody or an entity’s reputation. However, many people use this expression to discredit an argument and help further their agenda. Murphy acknowledges, “there certainly is bias in the [Boston] Globe and the New York Times and virtually every publication has a bias, a liberal bias or conservative bias, but it’s not fake.”

With so much experience under his belt, Murphy has also noticed a lot of changes in the journalism industry since he joined. Journalism has shifted from print to online, with the majority of its profit coming from paid online subscribers, and not only has the formatting changed but so have the readers. They’re starting to want more personality and bonds with writers, a sharp contrast to what used to be the norm. “And I think the readers demand something personal from the writers. ‘Talk to me directly,’ is really, I think, what they’re saying.”

He offers some advice to aspiring journalists: “read, read, read as much as you can…and read critically.” He also suggests being aware of current events by reading newspapers, saying, “You’re gonna be a journalist. You need to know what’s happening.” He gives a final piece of motivation, insisting that “if you want to be a journalist, you have to write. [If] you want to be a writer you have to write. So do, and it’s difficult and you’ll make mistakes but you’ll learn through your mistakes.”

Murphy leaves the Zoom meeting, yet I am not alone. I have suddenly been given so much inspiration to get this article out and continue my writing career. Who knows how many more people he’ll inspire with his story of dedication and perseverance. 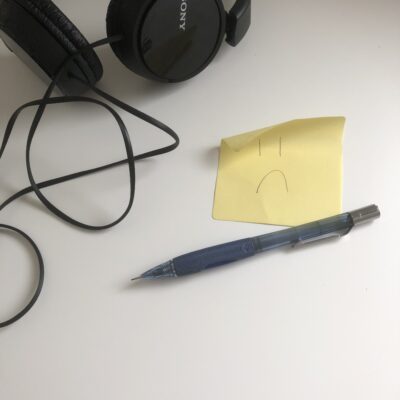 Exam answers from a student during COVID-19