BANG. Another innocent Black life taken by an idiot with a badge and gun. Another Black mother buries her child knowing she couldn’t protect her boy from the same people sworn to protect her son. News reporters like Tucker Carlson will say this young man had it coming and was resisting arrest. Now imagine knowing that this racism goes deeper in American History. That this rot had a reason for still existing in America. You’d want to find out more right? If you don’t, you may want to take a closer look at yourself by reading up on Critical Race Theory.

What is Critical Race Theory? Well I’m glad you asked you progressive you. According to the Purdue University Online Writing Lab, CRT is defined as a theoretical and interpretive mode that examines the appearance of race and racism across dominant cultural modes of expression. Confusing? Let me explain. CRT basically believes that the racism we see today, whether in school, work or life in general was caused by centuries of systemic racism (slavery, Jim Crow, Black Codes, and Reconstruction in the South). I believe it’s important for mature young adults to learn about Critical Race Theory because it’s important for ignorant people to know the truth and help stop systemic oppression. The first step is always acknowledging there’s something wrong, which we can do by learning the dark side of American history with the CRT curriculum in schools.

In the NBC News article “Critical Race Theory Battles are driving frustrated, exhausted educators out of jobs,” one such person was Rydell Harrison, the superintendent of the East-Redding -Region 9 School Districts, who submitted his resignation following community backlash from diversity and equity efforts. Some “…local residents started to complain that the diversity efforts were Harrison’s ‘agenda,’ rather than something students and alumni requested.” Parents believed that any talk about race was a problem. These parents labeled Harrison as an “activist” who was trying to push CRT into schools. Something important to know is CRT is not in elementary, middle, or high school (as of yet). According to the article “See which states have passed Critical Race Theory Bills,” from NBC News, this isn’t an isolated event. In a matter of months, “Republican lawmakers in nearly half of the states have proposed legislation to limit the teaching of concepts such as racial equity and white privilege.” This knowledge is the bare minimum, and the people in power want to change it? This isn’t even the worst of it. A pending bill in Rhode Island, “bans teaching the idea that “the United States of America is fundamentally racist or sexist.” The fight over race and equity in schools is a coordinated one, backed by well-connected conservative groups and media outlets. Conservatives are actively trying to whitewash history for their benefit. It’s bad enough they try to deny racism’s existence, but to make it illegal to talk about is crazy. They’re literally actively trying to limit free speech. For me to say this is an isolated event is a lie. This topic has really caught fire in the media, and I challenge you guys to do your own research before you make up your mind on this topic. According to Jonathan Chism, the co-editor of Critical Race Studies Across Disciplines, “Many that are condemning critical race theory haven’t read it or studied it intensely. This is largely predicated on fear: the fear of losing power and influence and privilege.” Chism couldn’t have said it better. The people who condemn CTR are either misinformed or actively spread misinformation to scare conservatives because they fear the shift in power.

According to The Washington Examiner, the most common thing being said on the other side is the fact that parents don’t want their young children to learn about the violent history of America. I can understand this. A kindergartener shouldn’t learn about slaves being whipped, beaten and raped. A young adult, however, should be introduced to the real history of America to better prepare them for the world. If they don’t learn about racism in America in high school, then they will continue on in their life being ignorant. A problematic thing being said by conservatives is that learning about racial discrimination is divisive and toxic. CRT has not yet been introduced in high school. Conservatives have been saying that any talk about race is connected to CRT to make it seem toxic. That is not the case. CRT is a COLLEGE course. I’m just saying we need more discussions on race.

I leave this writing with this final thought: If the topic of race is removed from schools, how will systemic racism end? The answer? It won’t. If this topic isn’t talked about, I firmly believe that ignorance and hate for people of color will only grow. If we don’t learn from our mistakes, then history is bound to repeat itself. By learning about these uncomfortable FACTS, we can come up with real solutions that don’t involve whitewashing and ignoring the problem. It allows all students to be anti-racist and doesn’t put the responsibility of learning about racism on students of color. America has ignored the cancer of racism for centuries. It’s time to fight this sickness through education and knowledge, not through cover-ups. If you’re someone who has a problem with this, then grow up. We ain’t leaving, and we’re not letting you change American History to make you feel better about yourselves. 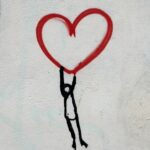 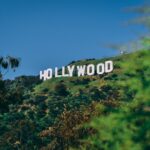