We are much more than your Asian fantasies. 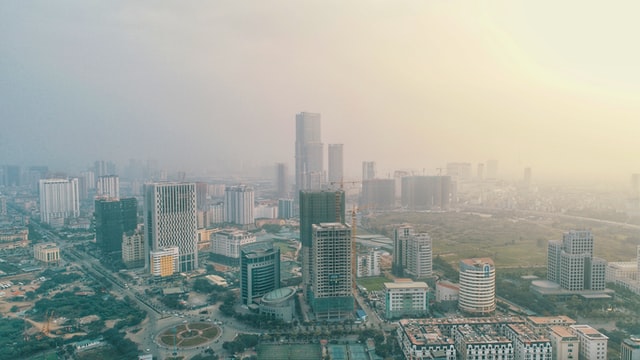 When you pull a tab from Google and search up “Asian girls,” what do you see? Do you see images of Asian women in leadership? Do you see photos of Asian women and their culture? Nope, instead, Google hands you a faceful of Asian women with large beady eyes, pure white skin and hourglass bodies. They all look at you with the same fake neediness of seducing you. That is the harmful stereotype of an Asian woman. They are viewed as dolls, essentially like an object of sex.

Throughout the years, we have seen the growing presence of Asians within the entertainment industry. According to a report conducted by the Asian American Performers Action Coalition, “the 2014-2015 New York Theatre season was the most diverse season in the nine years AAPAC has collected statistics. Total number of minority actors hit 30%, a record high. Numbers for Asian American actors in particular improved the most, reaching a nine-year high of 9%.” Asians have begun to pave their way through things such as movies, TV shows and music, and even producers in America have begun to use Asians as inspirations for their films.

While some forms of media portray Asian women respectfully to inform people of Asian cultures, such as “The Farewell” (2019), others tend to spiral down the hole of stereotyping and over-sexualizing the role of Asian women. In “Madame Butterfly” (1904), a Japanese girl is depicted as a character with no control over her life, falling head over heels with an American naval officer. To bluntly explain, this opera romanticizes the fact that the main character, Cio Cio San, is a 15-year-old Japanese teen who is being sex-trafficked. Another terrible example would be “Miss Saigon” (1989), which transforms the abuse and exploitation of an Asian woman into a theater show.

By fetishizing Asian women, society is projecting unhealthy or unachievable beauty standards onto them. Young Asian females are made to believe that their tanned skin and non-straight or long hair are not “typical” for an Asian. Not to mention, these standards promote the idea that all Asians look the same.

Asian fetishization, from the Asian Doll to the exotic and scheming temptress stereotypes, leads to sexual and inaccurate depictions and violence. According to Stop AAPI Hate, “nearly 3,800 hate incidents were reported between March 19 last year and February 28 this year. Women were targeted in a disproportionate share of those incidents, making up 68% of the reports while men made up 29%, the report found.” Asian women are more vulnerable to hate crimes.

One example of a hate crime motivated by the fetishization of Asian women was during a shooting in Atlanta. According to ABC News, the suspect, Robert Aaron Long, “told investigators that he blames the businesses he targeted for providing an outlet for his addiction to sex.” The suspect’s motives for the shooting were involved with his fetish of Asian women, resulting in the deaths of six innocent Asian women. The sexualization of Asian females is resulting in real-life projections to innocent Asian workers.

More often than not, when Asian women stand up against being fetishized, they are often met with opposing thoughts. Opposing thoughts such as saying how Asian women should be grateful that men are taking interest in them. They defend their opinions under the mask of a simple innocent fetish that harms no one, yet if it harmed no one, then why are we making stands against it as well as seeing hate crimes involving sexual violence against us?

Sexual violence against Asian women continues to increase because of the numerous parts of fetishization in media. We should be actively scouting for forms of media that promote the fetishization, over-sexualization, and objectification of Asian women. Whether it’s through signing a petition or speaking up about hate crimes, any form of action can help prevent the fetishization of women and stop consumers before their minds become twisted.