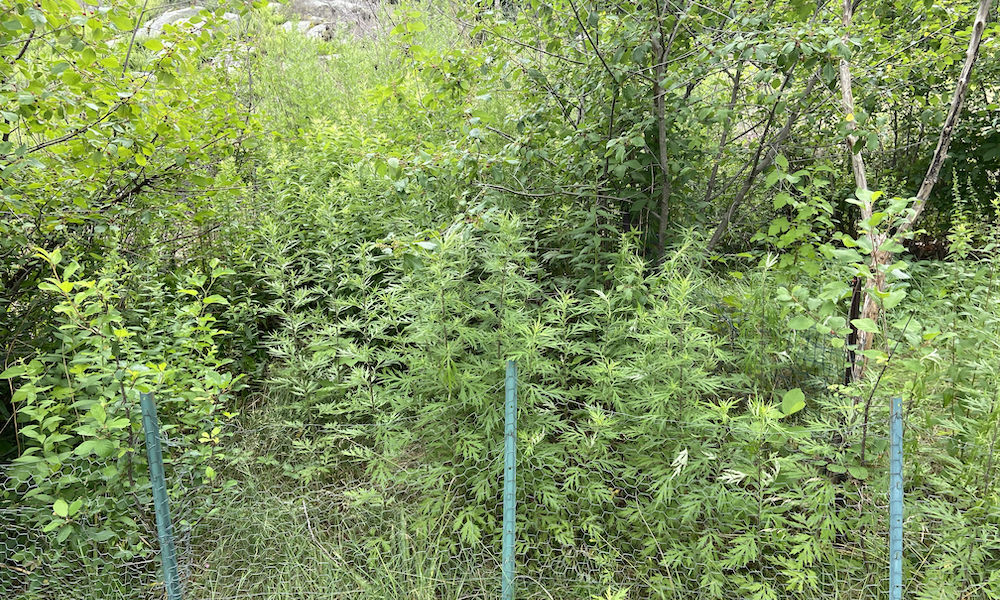 I was once a wilting flower, endlessly struggling to grow and stand tall. The cold, harsh winters made it nearly impossible for me to stand on my own. So instead, I let the seasons pass before me, praying that one spring I’d eventually bloom magnificently.

My parents migrated to Massachusetts from Nigeria in the year 2000, just a little after my older sister was born. Across the Atlantic Ocean they carried ambitious dreams and wishes. My parents yearned for all their children to become beautiful flowers. My mom envisioned me doing her yearly check-up as a doctor. I would check her heartbeat and teach her how to stay healthy.

My parents hoped for us to find a place of our own in this new world. The U.S. was a glittering beam of hope, a fresh start for them to build a beautiful life for themselves — a prosperous garden. If we were able to bloom, then it meant that they had done their job as a parent.

I’ve carried these dreams with me for as long as I can remember. Next to spiders, my biggest fear was disappointing my beloved parents. My dad always put extra emphasis on studying and getting good grades. Luckily, I was naturally smart and curious, so I was always well-liked by my teachers. In fact, my favorite time of the year was report card season.

I particularly remember staying up until the Full House reruns would begin, anxiously waiting for my dad to come home from his long day at work. As soon as I heard the door squeak, I’d rush to his marshmallow body as fast as I possibly could. Sometimes I’d even forget my report card.

Because of extreme poverty, many people in Nigeria live in the slums. Families cram themselves into little wooden shacks, praying that in the morning their home will remain stable. Those with wealth are able to live a far more luxurious lifestyle. I’ve seen beautiful mansions lined in sparkling gold and tall shiny gates that were intimidating to my 6-year-old self. These people owned plentiful gardens that bore only the best crops and plants. I think this is the way my parents viewed success: as something visual, something you could see and flaunt. It was never-changing — once you achieve such success it was yours, and no one could take it away from you.

I found comfort and validation in impressing my parents. When you’re young, it doesn’t mean much, but as time progresses, it can become quite damaging. My parents began to expect more and more from me, and I began to drift even farther from myself. The perfect report card that once put an instant smile on my dad’s face now became the norm. It was virtually meaningless.

To combat this, I put all my energy into getting the best grades and exceeding my peers. This continuous greed, driven by my desire for attention, became a breeding ground for resentment. I wanted to exceed the invisible standard that had been set; running aimlessly toward a flower field. I slowly lost who I was and what I desired, because how tall can a flower truly grow? Before your very eyes, fall fades into the winter and without realizing the flowers begin to wilt.

When I was 8, my family moved to a house of our own in Randolph. I remember the wide grin that appeared on my dad’s face as he surveyed our huge yard. In just a few short weeks of living there, he already finished designing the garden. Every evening, I’d watch my dad shower the thirsty plants in water. I would even smile to myself, thinking about the day my mom would cook us a delicious meal with the vegetables we grew.

But when harvest season came around later that year, our crops didn’t look ripe and luscious. They were small and weak. In fact, more than half had wilted.

I wondered if my fate would be the same as the garden. My head spiraled with countless thoughts. As I entered high school the pressure to excel grew. Suddenly, everyone became smarter and better while my insecurities only grew in size. My parents began focusing on my older siblings as they were preparing for college. Soon they would begin to make roots and embark on a life of their own.

In a matter of seconds, I became invisible. It felt as if I were under a cloud of darkness; my stem no longer reached towards the sun. With no sunlight, I began to wilt ever so wistfully. Since I had tied my worth with my achievement for so long, I struggled to realize what was even happening. I didn’t know how to tell my family and those around me what I was feeling. How could I look my parents in the eye and tell them that I desired something much different? How could I tell them this if I didn’t know what I desired?

For a flower to bloom, it must wilt, and so I wilted. The dreams and expectations of my parents slowly dissolved. I allowed myself to feel every last burst of pain. This process was long and difficult: if you were to ask me now I wouldn’t be able to tell you if it took days or months, but eventually, I began to blossom once again.

This time, I planted seeds of joy and prosperity. I decided that instead of worrying about future success, I’d enjoy and cherish the moments I have now. I no longer want to worry about who I think I should be. I want to live my life blissfully and trust that my future is waiting for me. I’m sure that in the distant spring when the birds harmonize and the trees turn the greenest of green, I’ll become that beautiful flower.

For this reason, I’m no longer sad that dad’s tomatoes weren’t the ripest and the corn was never tall. In its own special way, my dad’s garden was successful — successful in a way that he doesn’t quite understand just yet.