The music of our lives 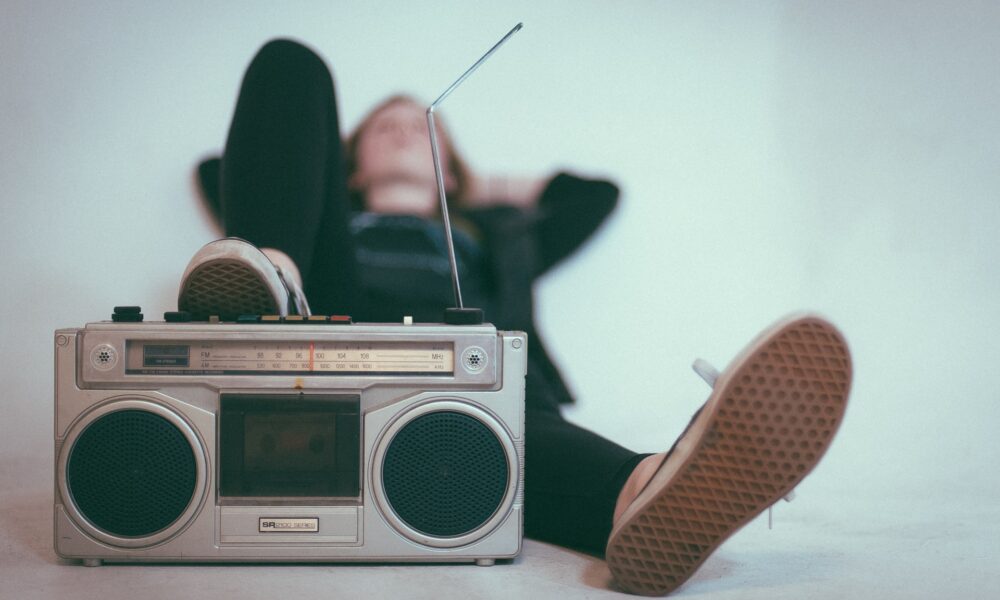 It was early in the morning, a time that most would consider too early for the B-52s and ‘70s disco. Not me and my friend Levi. Ever since he’d started coming over on Tuesdays before school, we’d been alternating between having dance parties and playing with our stuffed animals. Since this morning was a dance party day, I plugged my CD player into the nearest outlet while Levi sorted through discs. He settled on one and popped it into the CD player as the two of us started flailing our arms around to “Rock Lobster,” joyfully dancing like the clumsy 7-year-olds we were.

Flash forward a few years and my life wouldn’t be anywhere near as simple. Instead of dancing with my friend before heading off to school, I was sitting on my half-made bed, leaned over my laptop as I did homework for my online classes, nervously waiting for an email from my dad.

I had written to him a few minutes earlier, confronting him with issues I’d been burying for years. It had terrified me to bring them up and break the false utopia my father and I had felt forced to create, but the problems I was having got so intense that I saw no choice but to face them. And confronting things had taken so much out of me that I was just starting to consider all the struggles that would come next. So I sat anxiously, unable to focus on the article I was annotating, checking my email every 30 seconds.

My phone buzzed with an email notification sooner than I’d hoped, and I timidly opened the website on my laptop to read my dad’s reply. It hurt me, to say the least. I took a deep breath and closed my computer as uncontrollable tears streamed down my face. I sighed and tried to convince myself that I couldn’t cry forever, then splashed warm water on my face and continued with my day.

I thought everything was fine. I did everything I thought sad people were supposed to do. I ate junk food, binged trashy soap operas and talked my feelings out. I went to bed convinced that I’d wake up serene and happy, like my pain was nothing more than a scene from a movie.

And yet, I started crying as soon as I found myself alone with my thoughts in the dark. My lungs fought with me as breathing became more and more of a struggle, and my whole body shook as fear and sadness pulled me deeper and deeper into my memory foam mattress. My thoughts were lost in a sea of emotion and any signs of hope and joy had gone out with the light.

After a minute or so, breathing became manageable enough for me to speak. I whispered “Play ‘Ophelia’” to my voice-control speaker, still breathing deeply and sobbing as the Lumineers’ song slowly filled the air. Timidly, I wiped tears away from my blotchy face and sat up, clutching my blanket tightly, as I allowed the music to pull me away from my sorrow into a world that I knew loved me.

Whether it be new wave from the ‘80s or folky guys playing piano and acoustic guitars, music has always been there for me, even when it felt like nothing else was. If I was feeling bad about myself or having problems with one of my friends, I would turn on a playlist and let my worries melt away. Whenever I do my homework, I listen to music, and it makes the tedious task more enjoyable. During quarantine, I’ve turned to music for inspiration, for a reminder that life can and will get better. Music has had an enormous impact on me and my life, as it has for so many people.

And yet, music and the arts are incredibly undervalued in our society. They’re often looked over and not taken seriously because there are “more important” things, like science, technology and business. People who are interested in the arts are warned against this path and told that it’s nearly impossible for them to be successful, that they’re entering a dying industry, and that they should give up and find a stable, mainstream and safe career.

And the people who give these warnings are absolutely right, but only because our society has forced them to be. With things like wealth and physical creation as our measures for success, the U.S. is moving further and further away from a creative environment. It’s natural to take pride in things that are obviously important, like medicine, buildings and inventions that help people. But, when we obsessively prioritize these things, we forget about all the ways that creativity helps people. We forget about all the ways that the arts can make us feel better, the ways that they can make us feel whole. Medicine and science might be able to save lives, but for me and so many other people, music and the arts make that life worth living.

The most thought-provoking episodes of “The Midnight Gospel”