“The Dark Knight”: What superhero movies should aspire to be 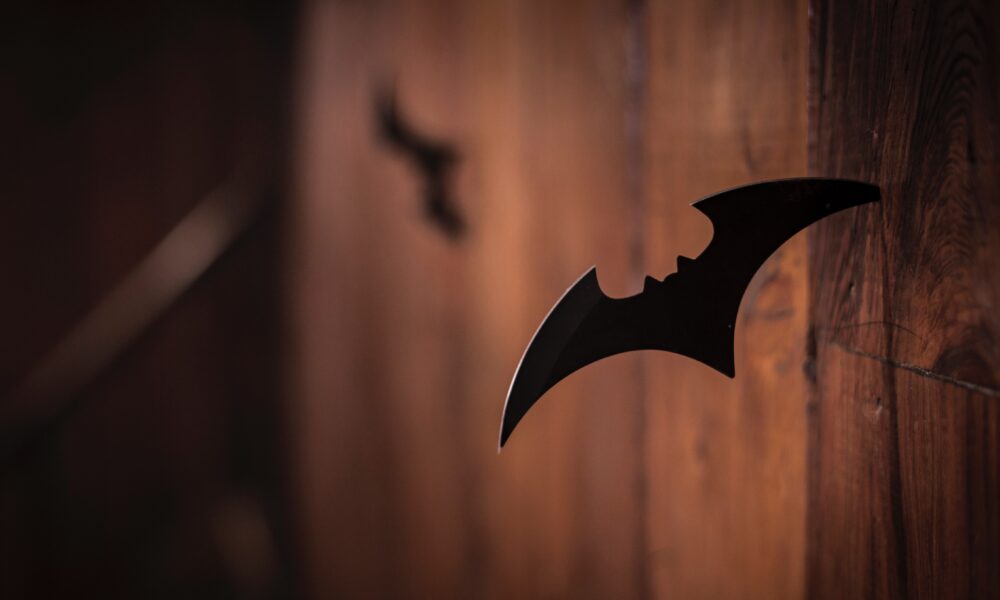 Comic book and superhero movies have dominated the box office all the way since Richard Donner’s 1978 “Superman” film. However, one film has managed to surpass that film’s success, and despite only being released 13 years ago, is widely regarded as one of the greatest pieces of cinema ever. And this was Christopher Nolan’s second Batman film, DC’s “The Dark Knight.”

Although superhero movies started off strong, both in terms of box office numbers and critical reception with the likes of 1978’s “Superman” and 1989’s “Batman,” they quickly fell off and were met with a negative reception, such as seen with 1987’s “Superman IV: The Quest for Peace” and 1997’s “Batman and Robin,” concluding their respective franchises disastrously. “Superman IV” was said to have plot holes, while “Batman and Robin” was too comedic and light-hearted for a Batman film to be taken seriously. There were of course many attempts to revive the genre, but none came close to the success of 2005’s “Batman Begins,” directed and co-written by Christopher Nolan.

In 2003, Nolan and David Goyer began writing the film that would later become “Batman Begins,” and they aimed for a much darker and down-to-earth tone than how Tim Burton and Joel Schumacher had envisioned the Batman character. Starring Christian Bale in the lead role, the film was met with positive reviews and was nominated for an Academy Award. In 2006, a sequel titled “The Dark Knight” was announced. Needless to say, it was very well received upon its release in 2008. According to IMDd, the film has made a total of over $1 billion in the worldwide box office as of 2021, making it one of only 14 superhero films to achieve such a feat. It didn’t just make a lot of money, though. Rotten Tomatoes has the movie at No. 5 on its all-time best superhero films list based on film critic ratings. It is tied with “Avengers: Endgame,” as both have a 94% score and are Certified Fresh.

Its success and memorability were also attributed to the tragic passing of its Joker actor, Heath Ledger, who died due to a drug overdose before the film’s release. His performance was extremely well-received and was compared to Jack Nicholson’s portrayal of the same character in 1989’s “Batman,” and in later years, to Joaquin Phoenix’s portrayal of the Joker in the 2019 film of the same name. He also posthumously won an Academy Award for Best Supporting Actor.

In terms of other accolades, the film was nominated for eight Academy Awards, winning two (Best Sound Editing and Best Supporting Actor for Ledger). 2019’s “Joker” currently has the most nominations for a superhero film with 11. The Marvel Cinematic Universe’s (MCU) “Black Panther” has the most wins for a superhero film with three and was nominated for seven. The movie was also selected for preservation in the U.S. National Film Registry by the Library of Congress for being “culturally, historically, or aesthetically significant,” becoming the second superhero film after 1978’s “Superman” to earn the honor. Take all these accolades combined, and “The Dark Knight” has achieved feats few superhero films have accomplished, not only in terms of money made and ratings received but also awards and honors.

From conversations with friends, I can, however, piece together why other people may not think this film is the best superhero film. The main viewership of modern-day superhero films is teenagers, who may prefer more fantastical stories than the ones seen in this film. Other less prominent viewers, maybe those who have seen the classic superhero films, think those are superior.

In my opinion, most moviegoers and critics enjoy movies that are a form of expression and commentary on the real world. This is most reflected in the film’s villain, the Joker, who is essentially a crazy person willing to do crime and hurt others for his own enjoyment. There may be people out there who share their fate with the Joker. The film’s secondary villain, Harvey Dent, becomes Two-Face in the second act of the film, a character who, after losing his fiancee to the Joker’s bomb, loses his faith in the justice system and decides to take matters into his own hands, deciding who lives and dies by the flip of a coin. This is very possible to happen in our world. Someone may lose so much faith in the justice system that they take the law into their own hands and become judge, jury and executioner.

Another thing that makes this movie realistic is that it does not have a happy ending. After Batman kills Harvey, he tells Commissioner Gordon to blame him for the rampage and the killings Harvey committed because in his eyes, Harvey is “the hero Gotham deserves.” This is contrary to most other superhero films, including almost all MCU films — bar “Infinity War” — which feature the heroes winning triumphantly.

Personally, this film had some of the best aspects I have seen in any superhero film. First and foremost, the acting found in this movie is seldom seen in any other superhero film these days. Few actors can fit their role like Christian Bale, Heath Ledger, Gary Oldman, Aaron Eckhart, Morgan Freeman and Michael Caine can, and few films have an entire cast of fitting actors. As I’ve mentioned before, one standout from the film was Heath Ledger as the Joker. What many people look to when assessing how good he was, they look to the characteristics Ledger brought to the character. Probably the most important part of the character to get right was the laugh, and Ledger did it to perfection. He also complemented the main character, Christian Bale’s Batman, very well.

Speaking of Bale’s portrayal, he too can play off the rest of the cast extremely well. His interactions with Gordon, Dent, his childhood friend Rachel, his butler and father-figure Alfred, and his tech genius Lucius Fox, were well done and carried an emotional factor to them. Furthermore, he was the first Batman to come off as a presence to be feared.

While many MCU heroes fit their characters well, the same can’t always be said about the supporting characters and antagonists. For instance, while Chris Hemsworth’s role as Thor has received high praise from fans, many were left disappointed by Natalie Portman’s portrayal of the Asgardian’s love interest Jane Foster.

Continuing on with my point about the groundedness of this film, our heroes Batman, Commissioner Gordon and Harvey Dent are portrayed as “imperfect.” They may be heroes, but they’re also humans who are prone to failure. Rarely is this seen nowadays. Practically all MCU films rarely show the hero struggling and failing. They either have a very minor setback that they come back from relatively quickly, like with “Iron Man 2,” or they get put into “conflict” that isn’t really an issue, like with “Avengers: Age of Ultron.”

Regardless of where you fall in terms of your favorite superhero movie, it may just all come down to personal preference. At the end of the day, everyone is entitled to their own opinion. Perhaps I did not sway you towards my side of the argument, which is perfectly fine. There is no denying, however, the impact the movie had on the superhero genre of films and movies as a whole. It put superhero films back on the map and back into the mainstream, more than what “Batman Begins” had done, and therefore paved the way for many future superhero films. Before the film’s release, there were several attempts made by movie companies to reinvigorate the genre with films such as 2003’s “Hulk,” Sam Raimi’s “Spider-Man” trilogy, and Fox’s “X-Men” franchise, but none came close to the success of the “Dark Knight.” When deciding on the best superhero film, I’d suggest you consider this simple question: Will this film be remembered for a long time to come? Will it be talked about like how “The Godfather,” “Citizen Kane,” and various Disney movies of the 20th century are still talked about to this day? If you answer no to these questions, chances are the film you claim to be “the best” is not genuinely the best, and may just be your favorite film.