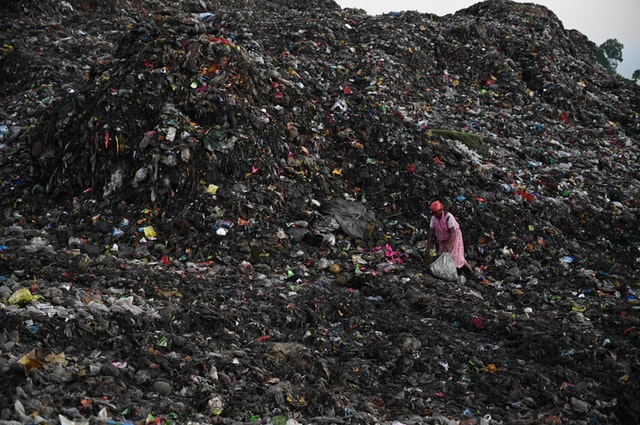 Before the pandemic, 40.7 million tons of bread, milk, meats, condiments, fruits and veggies, and other food scraps were being thrown out to landfills yearly, according to Jodi Helmer from Food Revolution Network. Some American cities began to attempt to fix the food waste problem, like in 2013 when the New York Department of Sanitation launched a curbside program that allowed its residents to dispose of their food waste in “brown bins” that were moved onto the curb and picked up by city sanitation workers weekly. The program was able to successfully collect 500,000 tons of material from residents, but since the pandemic, that number has decreased to zero. And since lockdowns took place to stop the spread of the coronavirus, food waste in general has gone up by 30%, according to Helmer.

This is most likely because 85% of Americans made changes in the food they prepare and eat because of the pandemic, with the most significant change being people who said they were cooking at home more, according to the International Food Information Council’s (IFC) 2020 Food and Health Survey. This change caused people to go shopping more often and since 60% to 70% of shopping trips are unplanned, according to Ocean Robbins from Food Revolution Network, this likely causes people to buy unnecessary items — contributing to food waste.

Since the start of the pandemic, food waste has been increasing and as a society, we need to do something to prevent this issue from getting even worse. Every day people can take small steps that will lead to a decrease in food waste. I want to live on a planet that is healthy and not being destroyed by landfills. Food waste is only bringing negative things onto our little blue planet, especially when other people in need could have benefited from the food you are throwing out. All we are doing is piling up the landfills with food that is going to take a long time to decompose and is currently ruining the beautiful landscapes on our Earth.

Some people may believe that food waste is not a big issue. However, these people are realizing the effects of food waste. This mindset is common and is what people tell themselves when they are throwing out food. I would know because I was one of them. The state of Maryland, which has around 6 million residents, had an estimated average of 850,000 tons of food waste annually, according to Helmer. (That’s around a ton per seven residents..) They think that if you throw away half of a burger it is not a big deal, but when that burger ends up in a landfill and takes 50-plus years to decompose, it does become a big deal.

Maybe instead, put that burger down for a couple of minutes on a table and then try to see if you can take just a couple more bites afterward.

It’s a big deal not only for our Earth but its inhabitants. In 2020, some 49 million more people were expected to fall into extreme poverty because of the Covid-19 crisis, according to António Guterres, secretary-general of the UN, as quoted in an article written by Emma Charlton in “World Economic Forum.” There are so many people since the pandemic who need help, who need food. Now, I am not saying that that half of a burger you threw away could be helpful to 49 million people but I am pointing out that Covid ruined so many lives and families that are struggling to now put food on the table. The UN Food and Agricultural Organization estimated that almost 11% (over 800 million people) of humans are chronically malnourished, even though there is enough food for everyone, according to Charlton. The food you have in your hand is a blessing to eat but if wasted, it will bring nothing good to our Earth… so what’s the harm in taking those last couple bites of your burger?

I know that this issue may not seem to directly relate to you but I can tell you that it does. You live on Earth and it is being destroyed by landfills that bring nothing but negative. However, you can help stop food waste by simply taking those last couple bites of your food so that that burger doesn’t become part of a huge landfill. Who wouldn’t like to live on a clean, healthy planet… right?