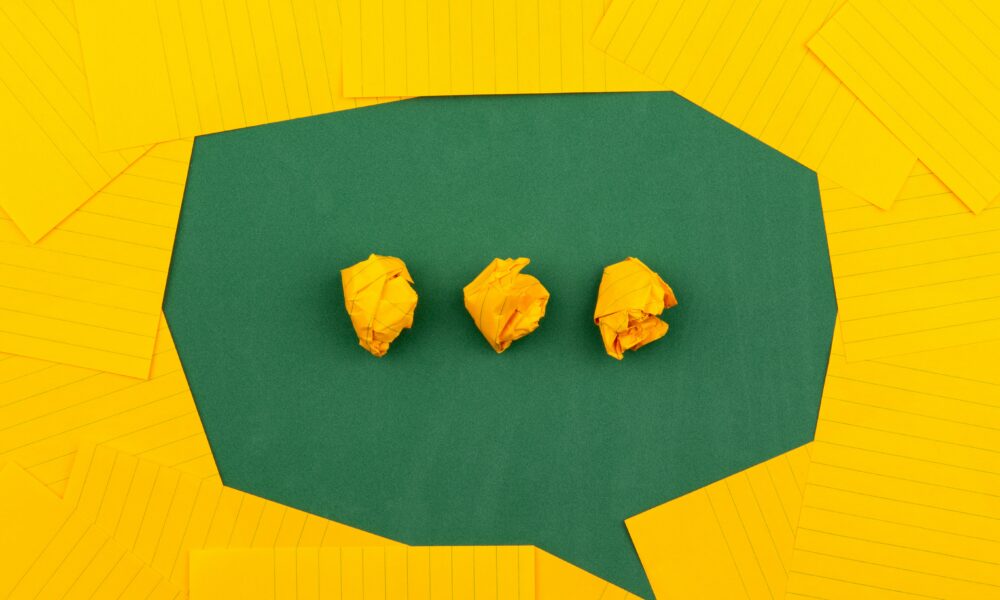 Throughout my childhood the only problem I can say I’ve ever had with myself is my ability to speak. Not because I’m shy or anxious or anything, but because I physically have trouble speaking clearly. My mouth just doesn’t keep up with the words I’m thinking and they sometimes come out as one big mumble. I also have trouble speaking up, making me quieter on top of mumbling. Nearly every time I speak my mind or think I have a good talking point, I’m asked to repeat myself because someone couldn’t understand me.

At times it feels like people are doing it just to mock me. Like by making me repeat myself over and over again they’re somehow laughing at my expense. In all honesty, I wouldn’t hate this detail of myself so much if people weren’t so rude about it. Kindly asking if I could repeat myself would be one thing, but condescendingly saying “I can’t understand a word he’s saying” before giving me an endless lecture on how important it is to speak loudly and clearly is completely different.

I haven’t just been ignoring this problem, either. Practically any chance I get alone I try practicing speaking clearly and slowly by repeating sentences out loud to myself as if I was talking to a real person. But no matter how many times I practice or repeat myself, the memory of doing the same when speaking to others is always forgotten in the heat of the moment. Growing up with this constant reminder that I don’t know how to speak clearly has been bad enough to make me not want to talk at all. Whenever I think of speaking to someone by choice, the only thing I can think of is “What’s the point, not like they can understand you anyway.” I don’t think I’ll ever feel different in all honesty. The way I feel about my speech is just something I’ve adapted to, and though I’m certainly not comfortable with it, I have grown to accept that it’s not going to change. Even if by some miracle I magically learn how to speak loud and clear, I still wouldn’t be comfortable speaking up by my own choice. At this point in my life, making a change like that in my behavior doesn’t feel natural to me anymore, so no matter what, my speech will be the same until the day I die as far as I’m concerned.

Though I’ve never been diagnosed with a speech impediment, I truly don’t believe my speech will ever get better. On the plus side, it hasn’t been terrible for me to not voice my own thoughts entirely. Not speaking left little outlets for me to express myself, one of which happened to be writing. Being able to write down my own thoughts and opinions without the frustration of speaking has always been a sort of comfort for me which soon led to a passion of writing I now have. Even now people still comment and often mock my speech; I don’t let it bother me as much anymore. If they can’t understand me then that’s their problem. I know what I’m thinking just fine; they’re at their own loss if they don’t as well. My speech bothers me a lot at times, but I’ve learned to live with it, and I don’t plan on ever letting that one insecurity break me down.