Sleep comes for the weary

For us, this is a normality. A consequence of stress, a burden from thoughts cycling too quickly and without rest. For the doctor’s family, this is an impossibility.

While Ismael bargained with sleep and offered fortunes for dreams, his wife was still beside him, her breathing even, shoulders rising slightly. In the apartment below them, their son and his wife, having just arrived home from the hospital with a large eyed, wispy-haired baby two nights previously, slept just as still as their baby’s wails echoed throughout the building. If Ismael strained his ears, he could hear the Night Soother, a woman with bags under her eyes that didn’t match her eyes, attempting to coo the baby back to sleep. Ismael felt some sympathy for the woman-what seemed like a lifetime ago, he had been the one rocking his son back to sleep while his wife’s body laid eerily still in the moonlight, constantly reminding him of a corpse.

Ismael finally opened his eyes and took the bottle of pills off the night stand next to him, running his fingers over the small print. VOID 1530. 80 mg.

VOID 2234 had made Ismael feel as though he’d finally done. Three decades of pouring over vials in a lab and observing sleep patterns of rats, and that perfect night of the sleep that had been deemed achievable for the other 98% of the population would be his. Ismael’s favorite rat, whom he’d playfully named Izzy after himself, had remained sleepless for the same amount of his life that the doctor had. And with VOID 2234, Izzy had gazed up at his human overlord for a moment, and then everything faded to black for him.

Ismael had sat back in his chair, rubbed his eyes, and looked at the clock. 10 PM.

He rushed home, nearly ran over the neighbor’s cat in his driveway, and bolted upstairs to where his dear Vivian slept. He gave her a warm kiss on her forehead, curled up next to her, and took VOID 2234, ready for that same cloud nine feeling of a good night’s sleep, uninterrupted, ready to wake up fully rested on the other side.

Instead, he lay staring at the ceiling, bargaining with sleep and offering fortunes for dreams. Sleep was still a world away. 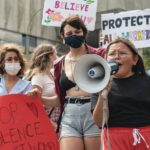