Deep in the Canadien province of Nova Scotia lies a house in the woods that has lain reposant in my family (on my father’s side) for almost 200 years. Since then, the family left the Motherland and spread out across North America. Some remained in Canada and many more came down into the United States. My dad didn’t visit the house very often during his childhood, but in his adult years, visits to the house became much more frequent. Sometime in the ‘80s all of the family got together with my dad’s girlfriend, the same woman who would later become my mother, and set to work renovating the dilapidated house. After almost a whole summer of toil, sweat and drinking, the house was habitable again and trips for the whole family were no longer an ancient relic of antiquity.

For almost 20 years at least one part of the family would stay in the house for a few weeks each summer. I vaguely remember from when I was very little the big front yard of the house and the sight of bats flying out of the old barn every day at dusk like little fairies, but that would be the last time I would see the house for almost eight years, I wouldn’t go back until I was 11 and seeing it all again brought back a deluge of nostalgia. When we left that summer, I knew I wanted to go back as soon as possible, and I was determined to share this hallowed ground with some of my friends. About three years later the opportunity finally came. We were visiting Nova Scotia that summer and two of my best friends from soccer were coming with us.

When we arrived in Nova Scotia late at night, the big minivan we rented for the drive lumbered into the driveway. It was pitch black. The whole world was a dark void. I couldn’t see more than two feet in front of me. I hadn’t been to the house in almost four years, but instinctively, I knew the way to the front door. I grabbed as much luggage from the car as I could hold and started up the little hill that led to the house. Two of my friends from Boston had come with us. They were brothers but almost looked like opposites, I led them out of the backseat and they followed me up the hill. We met my dad up at the porch fiddling with the lock on the door. He finally managed to burst it open and a swarm of moths flew out of the door and into the dark void of the night. The house was the same as I remembered it. Nothing was out of place aside from a thin layer of dust on the surface of all the furniture. We carried our luggage upstairs, threw it on the ground and climbed into bed.

I woke up late the next morning. The sun was filtering in through the window and was right on my eye. I turned to find my two friends sitting up in bed, eagerly looking out the window at the land that, just a few hours ago, had been shielded from them by the shroud of the night. I laughed and told them to follow me downstairs so I could show them around. My two friends, my brother and I were all staying upstairs, my brother in one room and my friends and I in the room next to his. The old stairs creaked and groaned as we went down and the floorboards followed in the chorus of the stairs. My mom and dad were still asleep in the master bedroom on the first floor so we tiptoed by their door, into the kitchen and out the front door.

The world that had been hidden from us just hours ago now opened itself up. The sun was bright, the heavens were blue and there was one wispy, svelte cloud hanging in the sky above us. The earth was still wet with dew from the night before and after just a few steps our socks were soaked and dripping so we threw them off and carried on exploring barefoot like the first humans did when the world was as young and fresh as us. I took them behind the house to a sprawling almost oval-shaped area where the trees formed a stockade around us in the middle. Straight ahead was a small path. If you followed it for about 20 minutes it would take you to a lake. We wandered around a little bit more and I re-familiarized myself with the outside and the humid, sticky, heavy air.

We only had a week in Nova Scotia so we knew we had to stretch each day to the fullest. We stayed up late in the moonlit country and woke up early before the dew had set to go fishing down the road at a different lake from the one behind the house (no one had caught anything in the latter lake in almost 30 years). Every couple of days we ventured into the nearby town, Annapolis Royal, and went thrifting in the tiny little wooden shops. We grilled under the stars and listened to the fireworks going off from the house just down the road. And then, just like that, it was over and we were packing up to leave for the ferry at 5 a.m. a week after we arrived. The whole trip was no longer happening. It was now just a memory, where it would remain forever.

With the state of the world as it is, with no sign of global improvement coming anytime soon, I’ve come to realize how much I had taken the gift of travel for granted. Borders are all closed now and they will remain as such for likely a very long time. We’ve all been inside what feels like a cell for almost 18 months, and when this ends I know that I, and all who feel the same way I do, will take to the streets and travel as far as any car, plane, boat, golf cart or jalopy can take us and see the world that has been hiding and lying dormant for so long now.

Exploring Boston and its hidden gems 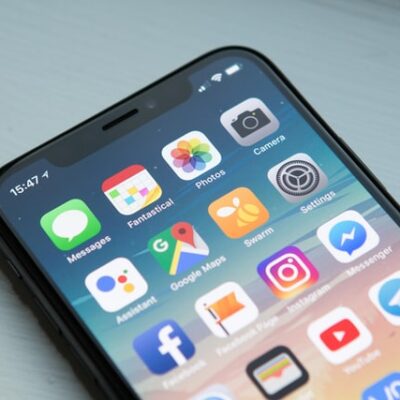