When I was younger, I never really thought about not speaking enough Spanish or not knowing enough about my Venezuelan culture. I didn’t identify as being just white or just Hispanic: I saw myself as both. It didn’t bother me until I was in middle school and all my Hispanic friends would talk about going to parties and dancing bachata or salsa. I was never taught how to dance anything but Irish step because it was just something I was expected to learn when I was younger. My mom is an immigrant from Venezuela and none of her family lived close enough for us to go to parties and see each other, so I never got to experience the same things my friends talked about. Sometimes I wouldn’t understand the things they were saying because I was never taught fluent Spanish as a kid.

After a while of not understanding things, they just stopped speaking Spanish around me, or if they did, they would look at me and ask if I needed it “translated or something” because I was “whitewashed.” When they said things like that it hurt me. They made me feel like I was not being Hispanic enough to understand what they were talking about or looking “too white” to be Hispanic. When I actually spoke Spanish, it sounded wrong because I didn’t have the right accent. I “just wasn’t Hispanic enough” to know what they were talking about. How can you not be enough of what you are? I thought to myself. To this day I don’t know what qualifies you to be enough. But I don’t care. I know I am Hispanic no matter if it’s 50% or 100% and I am enough.

Just because I’ve been questioned about how Hispanic I was or been told I’m not  “Latina enough” doesn’t mean I still don’t try and embrace the things I do know about myself and my ethnicity. I taught myself how to dance just to prove people wrong. Although I don’t speak fluently, I’m pretty good at speaking Spanish. I wear my hair naturally as much as possible and I stopped listening to the people who brought me down for not knowing everything about one half of my culture.

Just because you don’t know much about your culture, heritage or nationality  does not mean you aren’t enough. You are what your ethnicity is no matter if you’re paler, darker, less knowledgeable, etc. You are enough and you should surround yourself with people who believe that as well. Never think less of yourself because of something some said and never change just to impress people. 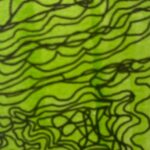 Brown or Black — You Decide