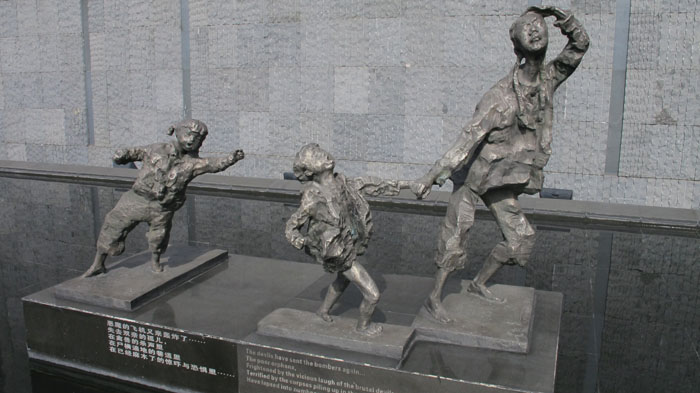 Content warning: This article details a history of war crimes and therefore contains descriptions of graphic violence, such as torture, rape and incest.

Why was justice fairly executed and served during the Nuremberg Trials in Nuremberg, Germany, yet the same cannot be said for the Tokyo War Crimes Trial in Tokyo, Japan? After reading and watching the many horrors that occurred during the Rape of Nanjing (also known as Nanking), it frustrates me to know that the Japanese basically got away with what they did and simply tried to brush it under the rug. The western media barely even spoke on what was going on in Nanjing nor had any visible outrage to hold the Japanese accountable for their horrendous actions. The world needs to acknowledge and remember the rape and massacre of Nanking the same way as the Holocaust. This event happened during WWII and started on December 13, 1937, in Nanking, the capital of China at the time. Over six weeks, Japanese commanders ordered and encouraged Prince Asaka and General Matsui, along with other military leaders, to be as brutal as possible. The Imperial Japanese Army committed a series of crimes such as murder, rape, plunder and arson. To bring out the emotional truth, I need to specify just how gruesome and cruel the Japanese were. During the massacre, Iris Chang wrote in the book “The Rape of Nanking: The Forgotten Holocaust of World War II” that “Tens of thousands of young men were rounded up and herded to the outer areas of the city, where they were mowed down by machine guns, used for bayonet practice, or soaked with gasoline and burned alive. For months the streets of the city were heaped with corpses and reeked with the stench of rotting human flesh.” They even used Chinese men for decapitation contests. The horror doesn’t even stop there.

Chang writes, “An estimated 20,000-80,000 Chinese women were raped. Many soldiers went beyond rape to disembowel women, slice off their breasts and nail them alive to walls. Fathers were forced to rape their daughters, and sons their mothers, as other family members watched. Not only did live burials, castration, the carving of organs and the roasting of people become routine, but they practiced more diabolical tortures such as hanging people by their tongues on iron hooks or burying people to their waists and watching them get torn apart by German shepherds.”

That is just sickening and inhumane. The Japanese men spared no one; old women and little girls who’d barely even reached puberty were raped. Pregnant women were raped and had fetuses ripped out of their wombs and even infants were killed. They were determined to destroy everything and, “looted and burned at least one-third of Nanking’s buildings,” according to History.com. And before they burned the buildings,  they would destroy the fire escapes in the building with Chinese people still in there and watch and laugh as Chinese civilians plunged to their deaths from the top floor to try to escape.

By the time it ended on January 13, 1938, the aftermath of these events were catastrophic. “As many as 300,000 Chinese civilians and surrendered troops were killed,” according to Encyclopedia Britannica. The Japanese massacred at least half or close to half of Nanking’s population at the time. A few years after the Japanese surrendered to the Allied powers, the Tokyo War Crimes Trial began on May 3, 1946, in Tokyo. Those prosecuted included “nine senior Japanese political leaders and eighteen military leaders. A Japanese scholar also was indicted, but charges against him were dropped during the trial because he was declared unfit due to mental illness.” It just doesn’t make sense to me that this trial took over three years and only 28 men were prosecuted. General Matsui and Tani Hisao, a lieutenant general who participated in the gruesome activities, were executed. Members of the Japanese Imperial family including Prince Asaka, who was one of the men who ordered the massacre, were not indicted.

The handling of the trial was rather sloppy. There was “one serious handicap not present during the Nuremberg prosecutions. In spite of the presence of more than 150 Japanese staff, effective simultaneous translations could not be managed. Counsel was therefore limited to short questions posed in elementary language or written interrogatories submitted in advance. This restriction undoubtedly handicapped lawyers for both sides in getting at the truth,” according to Robert Barr Smith in “Japanese War Crime Trials.” So, the Tokyo trials weren’t as organized as the Nuremberg trials. It was quite a disadvantage for the prosecutors trying to reveal the horrific details of what happened in Nanking. Furthermore, to add salt to the wound, “Japan has, at multiple points in the last 50 years, even gone so far as to deny the existence of the events at Nanking. . . . In many school textbooks, Nanking has been written out of the history lessons or Japan’s role has been downplayed.” I think it’s incredibly disrespectful to the victims for Japan to try to deny the massacre that happened and try to erase and downplay it in Japanese history. For a country that is based on a culture that emphasizes the importance of honor, its denial is shameful and cowardly. It’s just as bad as Neo-Nazis denying the holocaust ever happened. There are actual pictures and videos that display the cruelty imposed on the Chinese. More awareness needs to be brought to this horrific event in Japanese-Chinese history like it was for the Holocaust. Japan needs to own up to its past and acknowledge its wrongs. The victims deserve proper closure for what they went through. 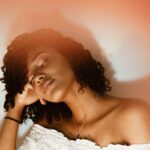 The vaccine of the year 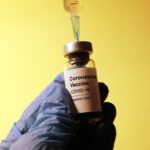