During this pandemic, we are all going through a lot of change and stress. Family bonding like family nights is the best way to help everyone’s health. Family nights include fun games and activities any family can enjoy together at home or in their neighborhood. Whether you’ve got kids or parents to entertain, family nights are the perfect family bonding activities. Here are four games that you should play if you decide to have a family game night.

If you have a lot of time on your hands, Unsolved Case Files is the game for you! Unsolved Case Files is a murder mystery game that lets you become a detective and solve a made-up case. There are three objectives that you must solve, then you check your answers on the Unsolved Case Files website. You can only use the game once because there are things you will be marking down and envelopes that have to be opened. It is worth it though! If you are a beginner, I would suggest you start with the Harmony Ashcroft case. It is the first of many cases that have been released in stores. The makers are always coming out with new cases. The best part about the cases is you can see what the case is about before you buy it. The game is so much fun and even the packaging is cool. If you order the case through the website you get it in a plastic bag that looks like an evidence bag. If you buy the case at a store you get a box that looks like a file folder and there is a little velcroed flap that shows the crime scene and crime scene tapes, which makes you feel more like a detective. This game also doesn’t have a limit of how many people can play, so you can play with a large or small group of people. My older sister and I have played most of the cases and it has taken around 3 hours, but that is because we are a smaller group and we like to write things down. My favorite case we have done is the Harmony Ashcroft case because it was the first case that we did, and it was so interesting! You should definitely play this game!

You can find this game on their website, along with at Target or Wal-Mart for $24.99.‍

Are your family members fighting over choosing between Uno and Jenga? Well, then Uno Stacko is the perfect game to play! Uno Stacko is a combination of Uno and Jenga into one game. You stack blocks by color, number, or command — the taller it gets, the harder it is! The game combines the strategy of UNO with a physical task needing persistence and ability. It usually doesn’t take as much time, but that depends on how much time each of the people playing takes. When my siblings and I play, usually they take forever on their turns, so it takes us longer than it should to finish playing. Uno Stacko is fun, and it is so much easier to take out and set up than two separate games of Uno and Jenga. There was a time that my sister spilled juice and it got all over the game pieces, but all the game pieces are plastic which is great and easy to clean up! The plastic blocks slide out smoothly. Uno Stacko also is a great game for all ages! My siblings are four and 11 years old, and they both love playing this game. The funniest part is when the tower falls because we usually have the loser stack the tower back up for the next round.

If you play monopoly, you are choosing war. Credit Card Monopoly is the way to make that war go by quicker. The Monopoly Ultimate Banking game brings an Ultimate Banking unit that has touch technology that makes the game fast and fun. Players can instantly buy properties, set rent and tap their way to fortune. Each player gets a bank card and the Ultimate Banking unit keeps track of everyone’s fortunes. No need to have all that paper money around! I have played a regular monopoly once in the past, but I didn’t understand what was going on. In Monopoly Ultimate Banking there are no such things as hotels and all those things from the original monopoly. It is much easier to understand! Since the Banking unit does everything. If someone is in jail then they tap their card and lose money. If someone passes the arrow then they receive money. The best part is that for events you can scan the event card and it makes a sound that goes with the card. The machine also keeps track of who owns which property, which is great if people get their property card mixed up. Monopoly Ultimate Banking is a great easy game so you should definitely try it.

Trouble is a good game to play if you have a smaller group of people to play with. Trouble is a board game in which 2-4 players compete to be the first to send four pieces all the way around the board. Each person has their own color. Pieces are moved according to the roll of a die. To win the game, you must be the first player to move all your pieces into your Finish. You must roll an exact number to move your pieces into an empty “Finish” spot. The playtime is usually around 30 minutes. Trouble is very similar to the game Sorry!, but there are a few differences. My favorite part of the game is when my number of spaces ends up where another person is because that means I get to send their piece back to their home boundary, which is their starting point. You have to make sure to be careful with the smaller pieces!

You can find this game on Amazon or at Wal-Mart, Target, and Kohls for $9-17. 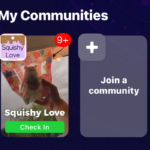