Are you influenced by social media?

Social media: a powerful tool at your fingertips. To put it into simpler terms, let’s talk about the power and influence that it holds over us. How do we find ways to not just depend on the feeling you get from social media?

I think that social media can be a powerful tool when used for the right reasons. Over the years, we have found many ways to communicate with one another and come together to do some impressive things. I also believe that sometimes the ways that social media is used can put some harmful thoughts and behaviors out into the open. Social media can bring us together when used the right way but can tear us apart just as quickly.

To help you understand, think of a time when you were talking about something and then — the next thing you knew — you saw an advertisement. People who let social media hold power over them might click on it, and possibly even buy the item. This is all good news to social media platforms because it lets them know that they have ways to hook you to their app. The point I’m trying to make is that social media has a lot of influence on what we do on a day-to-day basis.

An article written for CNN by Leah Asmelash titled, “Social media use may harm teens’ mental health by disrupting positive activities, study says,” brought some light to some of the effects of social media. In the article, she writes about how children who use social media have been linked to lower mental health. Leah wrote “The research, published Tuesday in the journal The Lancet Child & Adolescent Health, involved interviews with almost 10,000 children between the ages of 13 and 16 in England. The researchers found that social media may harm girls’ mental health by increasing their exposure to bullying and reducing their sleep and physical exercise.” These children haven’t been able to experience the whole world, yet the world is tearing them down. It brings light to the fact that social media influences how people act and feel about themselves. In this case, the girls have been exposed to online bullying, causing loss of sleep along with changing exercise behaviors. Overall, the negative effects of social media influence them, which lowers their quality of life.

Tyler Sonnemaker wrote an article for “Business Insider” titled “Facebook reportedly had evidence that its algorithms were dividing people, but top executives killed or weakened proposed solutions.” He writes about how people are currently being influenced by what they see on social media, for example, joining extremist groups. He stated that “One 2016 report found that ‘64% of all extremist group joins are due to our recommendation tools,’ with most people joining at the suggestion of Facebook’s ‘Groups You Should Join’ and ‘Discover’ algorithms.’ ‘Our recommendation systems grow the problem,’ the researchers said, according to The Journal.” In this article, Facebook was heavily criticized since its tools were guiding its users to join extremist groups. I believe that this is the epitome of the point I’m trying to prove — these people let a website tell them to join a group without completely knowing what they were signing up for. This only proves that 64% of people joining extremist Facebook groups are heavily influenced by what they see on social media. They were willing to join a group because a computer generator told them it “aligns with” their beliefs.

If you are not convinced that social media’s influence can be harmful after reading what I have said so far, well, I hope this next thing will. Let’s say that you are one of the many people who have grown dependent on social media. Your argument could be “Well my quality of life has gone up ever since using social media.” Normally, someone would be very happy for you and say “I’m glad you have something good in your life.” I immediately think to myself, what if social media just went “poof” and was gone, just like that? What would improve your quality of life after losing your followers, likes, posts, and everything? What will fill the void of with what others once thought of you?

All these reasons bring me back to my point that people are heavily influenced by social media, and very often it has a negative impact. Now, reflect within and think to yourself. Are you someone who heavily depends on social media to live your life and make choices? If the answer is yes, take time to yourself and find things that inspire and intrigue you to become not only a better person but a healthier one too. 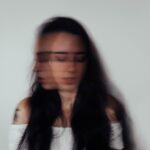