Anime’s a topic that’s between “weird” and “childish” to people that are not part of this community. But anime could be interesting to people who know nothing about it.

People tend to say two main things about anime: “Anime is weird” and “Anime is childish and for kids.” I understand why people would say that, because the drawing style is different for some people — from flashy bodies to strange scenes with strange characters — and even though scenes are presented in different ways and maybe abstract ways, the concept of emotions and how people feel sometimes can be weird to explain, and even why characters act certain ways.

There’s a character named Doflamingo in an anime named “One Piece;” at first this character is shown as someone that acts in a malicious, evil way because he just feels like it. Later on in the anime it’s explained in his backstory that he endured hardships from a young age, such as the breakdown of his family from the death of his mom and dad. After those and many bad things that happened throughout his life, he struggled with psychosis, to the point of killing his brother.

This is just to show how a character being weird has a lot to do with the background story given to them. Some act on their own and crazy because they want to, like Shuu Tsukiyama from “Tokyo Ghoul.” This character is obsessed with other main characters thanks to him being a special type of “Ghoul” (Ghouls are a carnivorous and cannibalistic humanoid species that are only able to feed on the flesh of humans and other ghouls). Shuu acted in strange ways thanks to his obsession with this character and the way he saw people and life. He spoke on a “the stronger get to live; the weaker die” mentality.

These two characters are very “weird” to people that don’t know the context of the characters themselves. Even though this is explained, people still criticize anime based on one genre shown to them, basing themselves on a bad introduction to a community full of both good and bad.

Anime is a trip down certain ideas and stories from the authors, known as “Mangakas” (the Japanese word for a comic artist or cartoonist). These weird things that anime holds are valuable just to challenge the “normal” view of the person watching it. Also, characters with different complexions can tell stories from a different viewpoint and give us another point of reference for sanity within the world. Weird characters can show us how sometimes the world can create these people who are rejects, who become more “weird” in our eyes. And also situations, weird situations are criticized hardly but some of these situations are meant TO MAKE the viewer uncomfortable or TO HAVE comedic relief. Situations harder to explain have a deeper meaning so it depends on the attention that the viewer pays to the anime leading up to this scene for it to make sense.

The other point of the argument is that anime is “childish,” and a thing for kids. First of all, anime has different genres that range from more simplistic to more complex. It’s heavily influenced by its creator’s beliefs and ideas. Second, “childish” it’s not the correct way to refer to anime. I would call it “realistically imaginary,” because even though the anime itself is based on some beliefs and is made in real places, the storytelling and the delivery is very imaginary. Some anime has more simplistic stories directed to a younger audience, while others have more complex, gruesome ideas and world-viewing.

Anime’s childishness comes from the author making the viewer have a break from the problems dealt with in the anime. Examples of this could be; “Pokémon,” “Digimon,” and “Doraemon” — some anime directed to a younger audience, rather than anime like “Death Note,” “Attack on Titan,” “Berserk,” “Hunter x Hunter” and many more that are directed to an older audience.

In “7 of the biggest reasons people don’t like anime,” Theo J Ellis, founder of the blog “AnimeNation,” wrote,  “Anyone in the anime community knows that in reality, anime is big enough to be ‘mainstream.’ But we also know anime isn’t socially acceptable compared to western films, TV shows, or cartoons. It’s not just that, it’s the “sheep” mentality we have as a society. If something isn’t deemed popular and cool by the majority, most people avoid it because they don’t wanna be ridiculed and they don’t feel like it’s worth the risk. This is why bullying, ostracism, and being “singled out” is even a thing. And Anime is one of the culprits.”

Society tends to follow the popularity of things. Society has been very critical of anime, and people have gone as far as dividing people because of their liking. A great example of this is my experience — I’ve been a fan of anime since I was four years old. I grew up watching “Dragon Ball,” and later on, I picked up on anime like “Naruto” and “Saint Seiya.” At first, nobody knew about my anime background besides my best friend, as we were both obsessed with “Dragon Ball.” But in fourth and fifth grade, people started to realize that my friend and loved this anime and decided to pick on us. We didn’t pay attention to them, but it enabled us to make friends with people outside of our group.

Anime should be more acceptable. More people are joining the anime community, but people still criticize anime. Some criticize it because of their religious viewpoint. Some religious critics have been against the anime community via social media and in person, believing that anime is a demonic thing that shouldn’t be seen by kids. Even though some of their points are true, generalization is a big problem with this argument. People tend to believe that all anime is a maniacal, crazy rush of demonic teachings, when this is not true. Ironically, it’s mostly “imaginary,” like “Pokemon.” People don’t understand that anime’s culture is based on Japanese culture. Anime’s relationship with religion is complicated, thanks to the aforementioned lack of knowledge but if someone understands that anime is not focused on their religion, they would be able to enjoy it.

But there are more reasons to enjoy anime. Anime like “Naruto,” “Black Clover,” and “One Piece” teach people how to not give up on their dreams of becoming whatever they want to become. “Bleach,” “Dragon Ball Z,” “Fairy Tail,” and “7 Deadly Sins” teach us about the value of family and how far we’ll be able to go to defend what we love.

These types of lessons are very valuable in our lives, as we determine what we love or we want to accomplish.

Also, anime gives us some relatable stories, so we fall in love with some characters. It gives us worlds and crazy things like powers that give anime an enjoyable sense of imagination. Characters like Luffy, Naruto, and Deku have stories about how they constantly try to be the best themselves and protect their friends no matter the way they feel and the struggle they go through. Worlds like “My Hero Academia,” “Bleach,” “Dragon Ball Z” and “One Piece” show us how things outside of reality can be interesting and enjoyable.

Anime could lead people to change their mindset and adapt to be a better person. I’ve heard many stories about people who felt saved by anime — the stress of real life was relieved for them with anime. I’ve also heard stories about how a “childish” and “weird” show helped people throughout the depression and moments of sadness. This shows, with the right introduction, that anime is able to make people be open to a whole set of new stories with action, fun, heartwarming and heartfelt moments.

The year before I moved to the US, my only year of high school experience was during my time in the Dominican Republic. It was very weird because people didn’t like anime, but then again they asked me a lot of questions about which anime I liked and the context of them. People accepted me and tried to find out why I liked it so much. And as an anime fan, I explained to them the best things to start anime with, depending on their personality and liking. I introduced my friends to anime so much that now we can discuss what we think and it’s such an amazing feeling for one to make others understand that what might be different is not so bad. I introduced a Christian friend to anime so much that, to this day, she doesn’t like watching any other shows.

This just all shows how much impact anime can have. People just need to try to give it a chance. Anime’s a hidden gem that many people fail to recognize. I hope this piece of writing can help people understand its value. 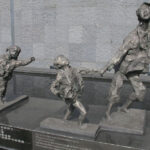 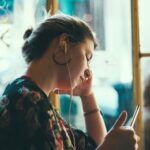